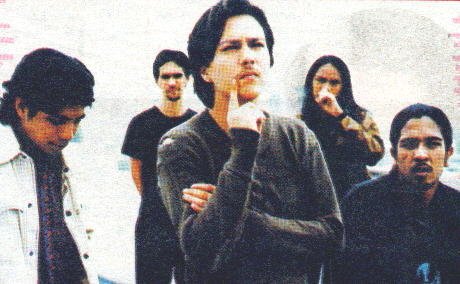 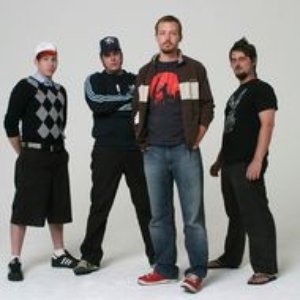 There are 2 bands that perform under the name Butterfingers; an Australian hip-hop/rock group and a Malaysian rock band.

1. Butterfingers is an Australian hip-hop/rock group, from Brisbane, Queensland. They are known for their amusing lyrics & taboo subject matter.

Their first two singles “Everytime” and “I Love Work”, became instant hits with Triple J listeners when they were released in 2003. They reached positions 15 and 38 respectively in the Triple J Hottest 100 of that year. The “Breakfast at Fatboys” album remained in the top ten of the ARIA Independent charts for about a year. In June 2005 they released their new singles, FIGJAM and Jesus I Was Evil (a cover of the song by Darcy Clay), both songs went into high rotation on Triple J and placed 11th and 69th respectively in the 2005 Triple J Hottest 100. FIGJAM, in October 2005, was nominated for the Best Urban Release ARIA Award. The band released a second album, entitled “The Deeper You Dig” in June 2006, and a single “Nothing Much Happens” in late 2007.

2. Butterfingers, the Malaysian rock band, is one of the biggest bands in the Malaysian indie scene, and a pioneer of Malaysian underground scene. Butterfingers was formed in Kuala Lumpur, Malaysia in 1991 when Loque, who also performs under the name monoloQue, (Khairil Ridzwan Bin Anuar), and his Malay College Kuala Kangsar (MCKK) schoolmate, Kadak (Mohd Fakharudin Bin Mohd Bahar), formed what was then known as Loque's Tail.

It was while jamming in Kuala Lumpur during 1993 at Black Widow Studios that they bumped into Emmett (Emmett Roslan Ishak), who was there jamming (as a guitarist) with his band at that time, Grunge Dayz . Impressed with what he saw, Loque challenged Emmett to a ‘jamming showdown', after which they mutually decided to join skills and creativity, to form their own band. After meeting up with drummer Kalai (Khairul Nizam Mois) later that year, Butterfingers was officially formed.

They catched the eye of EMI, who released their debut album 1.2 Milligrams in 1996. The album sold over 15,000 units and earned them a gold award, for sales over 15,000 units. Their sophomore album, Butter Worth Pushful, was released in 1997 to a rapidly growing fanbase of Malaysian underground scene. Drummer Loko (Muhammad Hafiz) has replaced Kalai by this time.

Transcendence, their third album was released in 1999, marking a phase of experimentation, with a fifth member Numlok providing a layer of electronica sound and samples over their rock tracks. It wasn't however until their fourth album, Malayneum which was released in 2001, that Butterfingers start abandoning their raw grunge sound for a more polished progressive rock style. The album was met with critical reviews, but not much commercial success.

After a period of public obscurity, Butterfingers continued to break grounds by releasing their fifth LP, Selamat Tinggal Dunia (2005) fully in Malay language. This marks the start of Butterfingers' move to return to their Malaysian roots, and in protest to the burgeoning Indonesian bands "invasion" in Malaysia. Their new direction was at first shunned by diehard fans, but as they toured more, Butterfingers had cemented themselves as a tour de force in the Malaysian indie scene.

They have just released their latest album, Kembali in August, 2008. The album signals a return to a more stable rock style and sound, promising to be an album full of music for the masses.