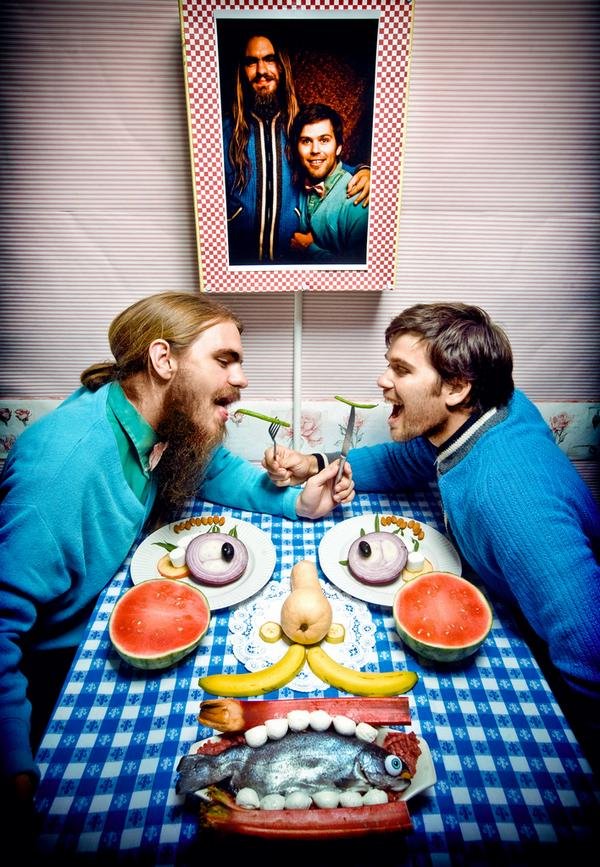 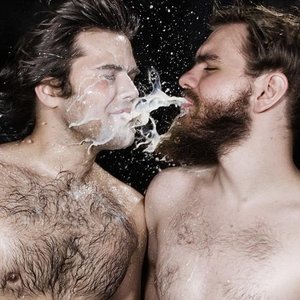 Captain Ahab was an electropop duo based in Los Angeles, California. They refer to their sound, a DIY take on dance music, as ravesploitation. The band was made up of Jonathan Snipes and Jim Merson. While performing, members of Captain Ahab are usually partially undressed, covered in sweat, and constantly forcing themselves into physical contact with members of the audience. While their lyrics are satirically misogynistic, their live performance is thoroughly homoerotic.

Debuting in 2002 with "Bot Pirate" on the UK’s Irritant Records, Captain Ahab’s warped 80’s dance pop sound and sexually explicit lyrics prompted Muzik magazine to deem it “pure smut” and XLR8R, “stunningly brilliant.” Their first full-length album, "The Sex is Next", released in 2004 through A2 Audio is an amalgamation of dance party tones, a pearl nestled within the Captain’s treasure chest. In 2004, Captain Ahab was nominated as electronic artist of the year by Diesel Jeans’ Diesel-U-Music. Their track “Blind Love” was subsequently featured on a Hefty compilation with Postal Service, Scream Club, Why?, John Tejada, and many more. Captain Ahab’s second album, "After the Rain My Heart Still Dreams" dropped anchor April 2006 on Deathbomb Arc. A truly innovative project, After the Rain references everything from harsh noise to top-40-pop-punk, to Detroit booty house, to black metal, to IDM, to dancehall but cannot be pegged as any one. It was this autonomy that prompted Snipes to collaborate with Deathbomb Arc founder Brian Miller in 2006 to create the scion label Ravesploitative Records, establishing Captain Ahab and other like-minded electronic groups as the harbingers of times to come. In June 2006, Captain Ahab won the Snakes on a Plane music contest, with their song "Snakes on the Brain", which was featured during the closing credits of the film. On September 28th, 2006, the song "Girls Gone Wild" was played briefly in "The Convention", the second episode of the third season of The Office.

In 2007, Captain Ahab became the first American band to promote Jumpstyle, a Netherlandic/Belgian form of dance, by devoting an entire tour to it and creating the album "Captain Jumpstyle" later that year.

Jonathan Snipes has a bachelor’s degree in theater with an emphasis in sound design from the University of California Los Angeles’ (UCLA) school of Theater, Film, and Television. Currently Jonathan works with UCLA’s Center for Research in Engineering, Media, and Performance (REMAP) as a sound designer and programmer exploring new possibilities with media and performance. During high school and college, Snipes crafted his own musical persona. Expanding upon a childhood fascination with programmable music on computers, Snipes began making cerebral electronic compositions not far removed from intelligent dance music artists like Aphex Twin and Squarepusher.

Snipes and Merson met in high school, when both were involved in a monologue competition. They didn’t see each other for a few years, until they unexpectedly reconnected. “We ran into each other at the theater department at UCLA, and we were both like ‘You were that guy.’ So we just became friends,” Snipes said. Merson started giving Snipes, who had already been performing around Los Angeles under the name Captain Ahab, rides to his gigs. Merson would stay for the show, dancing vigorously and often shirtless. However, one night he became part of the act.

“We did one show where he gave me a ride, and on the way there I got violently ill and I was vomiting out of the car. When we got there, I just thought there was no way I can do this, so I’m just going to crouch behind a laptop, and exert minimal effort, and you run around and be the physical element of the band. And he did that to the point of overexertion. … It was kind of magical.” Snipes said.

From that moment forward, Captain Ahab became somewhat notorious for its live show, which included at various points: Snipes eating sushi off Merson’s chest, Snipes drinking beer out of Merson’s beard, and Merson dancing manically in a speedo.

In 2011, the band released The End Of Irony, a massive album with six different incarnations and track lists. The album spanned dozens of genres, with the idea of approaching "guilty pleasures" without guilt, covering ground from power metal to electroclash, melodramatic pop ballads to speedcore. The album was notably more production intensive than any previous Captain Ahab release, featuring many collaborators (including an entire orchestra). In support of this release, the band toured the US, Australia, and Europe. The live performances for this tour involved a video projection and manipulation of a film made by the band, live modular synthesis, and live DJing and manipulation of the backing tracks by Jonathan while he sang, as Jim danced amongst the crowd in his signature speedo.

In October of 2012, after a year of very little activity for the project, the band announced that they would be moving on after one final performance. They played their last show at The Smell, in Los Angeles, on November 2nd, 2012.