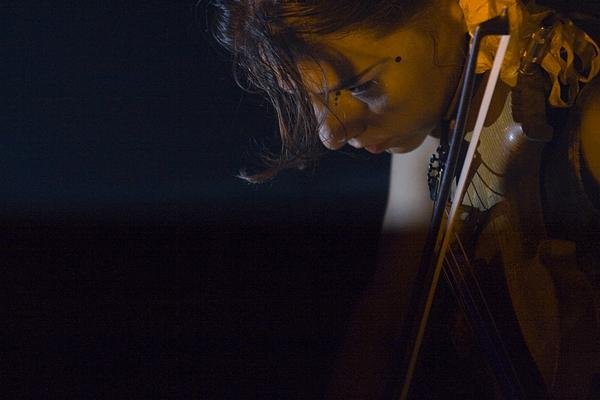 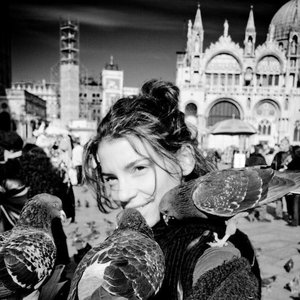 Though she has strayed far from where she was planted, violinist, vocalist and composer Carla Kihlstedt has strong roots in classical music. She studied at the Peabody, the San Francisco, and the Oberlin Conservatories of Music, but since then has stretched her experience of music far beyond the classical stage. She is a founding member of the groups 2 Foot Yard, Tin Hat (originally Tin Hat Trio), and Sleepytime Gorilla Museum. 2 Foot Yard (www.2footyard.com) is an intimate trio whose purpose is to explore and expand their ideas of song-writing. Their debut CD was released on the Oracles series of Tzadik (www.tzadik.com). Tin Hat (www.tinhat.org) is an acoustic instrumental group that has focused on dissolving the boundaries between classical, jazz, and folk musics, as well as between improvisation and composition. They have toured the United States and Europe extensively, and have released four albums-two each on Angel/EMI, and Ropeadope Records—their fifth will come out in October, 2006 on Rykodisc/Hannibal. Sleepytime Gorilla Museum (www.sleepytimegorillamuseum.com) is a Dadaist rock cabaret that constructs intricate and visceral music on an atypical array of instruments, many of them home-made. They tour extensively and ruthlessly, bringing their densely-packed ear-food to unsuspecting rock fans across the country. They are currently working on their third release, which will come out on The End Records. Carla was also a member of an avant-folk Oakland band named Charming Hostess, along with the SGM member Nils Frykdahl.

Carla has had the opportunity to work with many wonderful musicians including Fred Frith, Tom Waits, Erik Friedlander, Satoko Fujii, Ben Goldberg, Klangforum Wien, and the Rova Saxophone Quartet and Carla Kihlstedt, Matthias Bossi & Shahzad Ismaily. She has also collaborated on dance/theater productions with choreographers/directors Jo Kreiter of Flyaway Productions, and Shinichi Momo Koga and Allen Willner of inkBoat. In 2003, she was an Artist in Residence at the Headlands Center for the Arts, and in 2004, was a recipient of the Bang On A Can People's Commissioning Fund award. She is currently working on writing a song cycle based on The Book of Imaginary Beings by Jorge Luis Borges, for which she was awarded a development grant from the National Performance Network, and a fellowship at the Civitella Ranieri Center in Italy this summer.