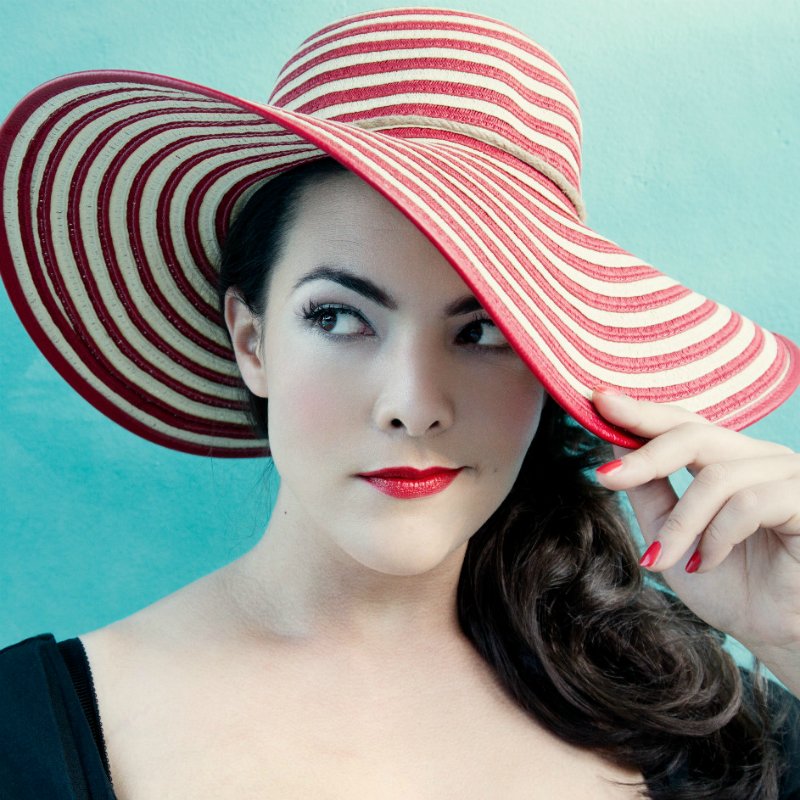 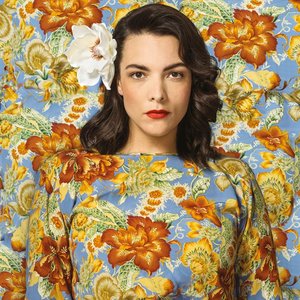 Caro Emerald (real name: Caroline Esmeralda van der Leeuw, born 26 April 1981 in Amsterdam, The Netherlands) is a Dutch singer. She studied as a jazz vocalist at the Amsterdam conservatory of music and earned her degree in 2005.

Having gained experience as one of the six singers in close-harmony group Les Elles, and as a vocalist in the Philharmonic Funk Foundation, Emerald first gained public recognition for her debut solo single Back It Up, which was officially released by Grandmono Records on July 6, 2009.

In December 2009 her second single A Night Like This was released and reached the #1 position in the dutch charts. Her latest (May 2010) release is That Man.

After the succes in The Netherlands Back it Up has been released in Italy, France, Switzerland, Belgium and many more countries are to follow.

In May 2007 Caro Emerald got a phonecall from Dutch producers Jan van Wieringen and David Schreurs. With another producer, they'd written a song for a Japanese pop act with the acclaimed songwriter Vince Degiorgio (Atomic Kitten, A-Teens, N'Synch, Love Inc. a.o.). But their demo singer couldn't make it. They needed something quickly, and that's how Caro got to record the demo of "Back It Up".

Caro liked the song so much that she added it to her live repertoire. A year later she got the chance to perform "Back It Up" on local TV station AT5 in Amsterdam. It caught on right away: viewers just wouldn't stop calling and e-mailing about that lovely girl with her catchy song. Caro and a friend produced a no budget video which ended up on Youtube, and again, the response was overwhelming. People literally begged her to sell the song on iTunes.

But with only one song on the repertoire, Caro and her team decided to focus on a full album first. Inspired by films and music from the 40's and 50's they started working on new songs and ideas. Fall 2008, David flew over to Toronto to write with Degiorgio, and returned with 7 great tracks and a clear direction for the album. A few months later, Vince came to Amsterdam to finish the album. The result: an exciting and hugely accessible record, featuring ballroom jazz, cinematic tangoes, groovin' jazz tracks and infectious mambo's that sound like they were recorded in 1951 in Hollywood's most famous recording studios. But the smoking beats, catchy songs and inventive production tell it's actually 2009 that Caro Emerald is putting her name on the map.