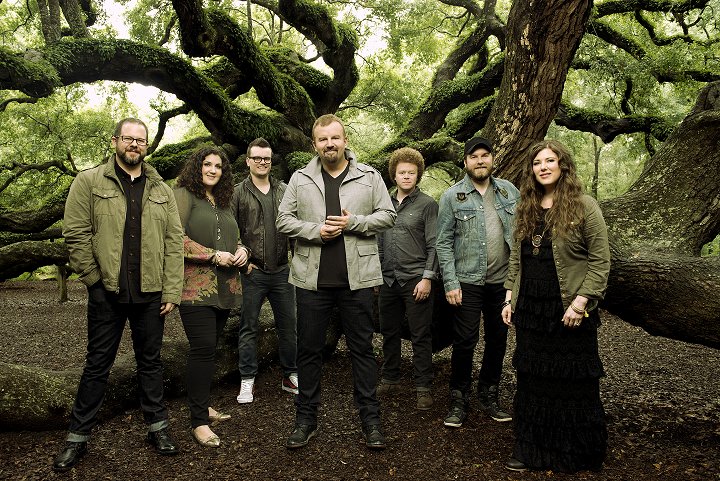 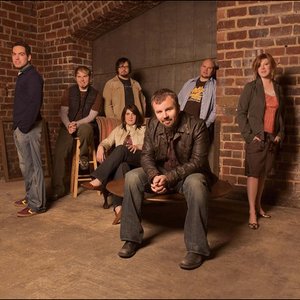 Casting Crowns is a Christian band that employs a soft rock music style. The band was created by youth pastor Mark Hall who also serves as a lead vocalist. The band previously served and performed in a youth group in Atlanta.

Discovered by, among others, contemporary Christian music legend Steven Curtis Chapman, Casting Crowns got a recording contract and vaulted to popularity in 2003 with songs such as If We Are the Body and Who Am I. The Until The Whole World Hears Songfacts reports that Casting Crown's 2009 Until The Whole World Hears album recorded 167,000 sales in its first week, the largest selling debut week sales figures by a Christian artist in Nielsen Soundscan history.

Over the past eight years, Atlanta based Casting Crowns has consistently delivered music that points believers back to what truly matters.

Since its launch in 2003 the band has garnered 14 GMA Dove Awards, three GRAMMY Awards and an American Music Award. In addition, the band has seen three RIAA Platinum Albums (Casting Crowns, Lifesong, Altar and The Door), two RIAA Platinum DVDs (Live From Atlanta and Lifesong Live), two RIAA Gold Albums (Until the Whole World Hears, Peace on Earth) and two Gold DVDs (Altar and The Door Live and Until The Whole World Hears Live). Casting Crowns has sold more than 8.2 million albums to date (according to Nielsen SoundScan) and has been named Billboard magazine’s top-selling Christian act for the past four years.

The band recently celebrated its first RIAA certified Gold single, “Who Am I,” from its 2003 self-titled debut. The song, selling more than 500,000 copies, is one of only 12 Christian tracks ever to secure Gold status.

Casting Crowns has always worked its tour schedule around church responsibilities and has still managed to touch audiences around the world with its live performances. It’s 2009-2011 “Until The Whole World Hears” world tour placed the band in front nearly 1 million fans in more than 175 cities around the world including performances for U. S. troops in Kuwait and Qatar. The band also performed twice in North Korea in partnership with Global Resource Services.

Alongside the 2011 feature film, Courageous, Casting Crowns wrote a song by the same name which was also featured on their album Come to the Well released the same year. The album's second single,
"Jesus, Friend of Sinners" was not released until February of 2012. In September 2013, the band released "All You've Ever Wanted", the first single from Thrive which was released on January 28, 2014 and charted No. 6 in Billboard‍ '​s Top 200 in its first week. An accompanying book, written by Mark Hall, was released and explains the walk of a child of God and how we should "dig deep and reach out".

In early 2015 Casting Crowns released the hymn-album Glorious Day - Hymns of Faith, including Casting Crowns' Until the Whole World Hears singles "Glorious Day (Living He Loved Me)" and "Blessed Redeemer", an acoustic versions of "If We Are the Body" and "Praise You In This Storm" as well as eight hymns.

In addition to a busy touring, recording and writing life, four of the members of Casting Crowns serve as ministers to their home church, Eagle's Landing First Baptist Church in McDonough, Georgia.