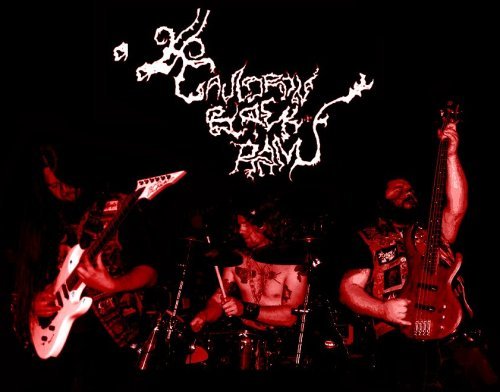 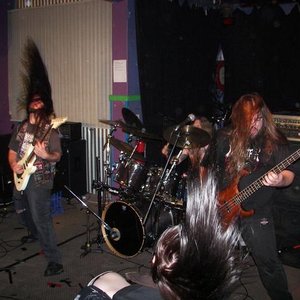 Cauldron Black Ram is an Australian black/death metal band with a thematic focus on pirates. The band was formed in Adelaide, Australia in 1996.The band is made up of Esh on vocals and drums (Stargazer, Misery's Omen), Alim (Mournful Congregation, Stargazer, Misery's Omen) on guitar, and Ishum (Imminent Psychosis, Intellect Devourer) on bass guitar.

Cauldron Black Ram's sound has often been described as a fusion of old school death metal, with elements of doom, sludge and black metal. The band has also expressed a significant influence from USBM act Grand Belial's Key.

The band first announced its arrival with a five track eponymous demo in 1997. A split cassette with Misery's Omen was released in 2002 via Necrosound. The following year, an EP, 'The Devil Bellied', was released on vinyl. In 2004, their first full length record, 'Skulduggery', was released, and is noted for being "RECORDED IN A FUCKIN' CAVE" by the Great Righteous Destroyer. Former bass guitarist, Annunaki, featured on this album.