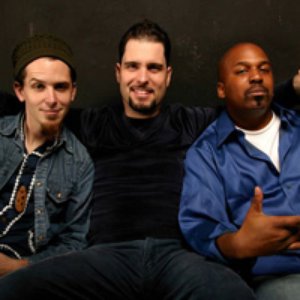 Now together for over five years, having toured the world (and beyond), the Charlie Hunter Trio follows up 2003's Friends Seen and Unseen with Copperopolis. The album features the same three guys, but it's different in one big way: it rocks. Literally. "I was just feeling rocky, I guess," says the band leader. The addition of John Ellis' playing on both the Wurlitzer and the melodica opened up a lot of space for Charlie to simply shred. This is the album that fans (and ropeadope) have been calling on for years. Pop it in, turn it up, and rock it out. You shall see.