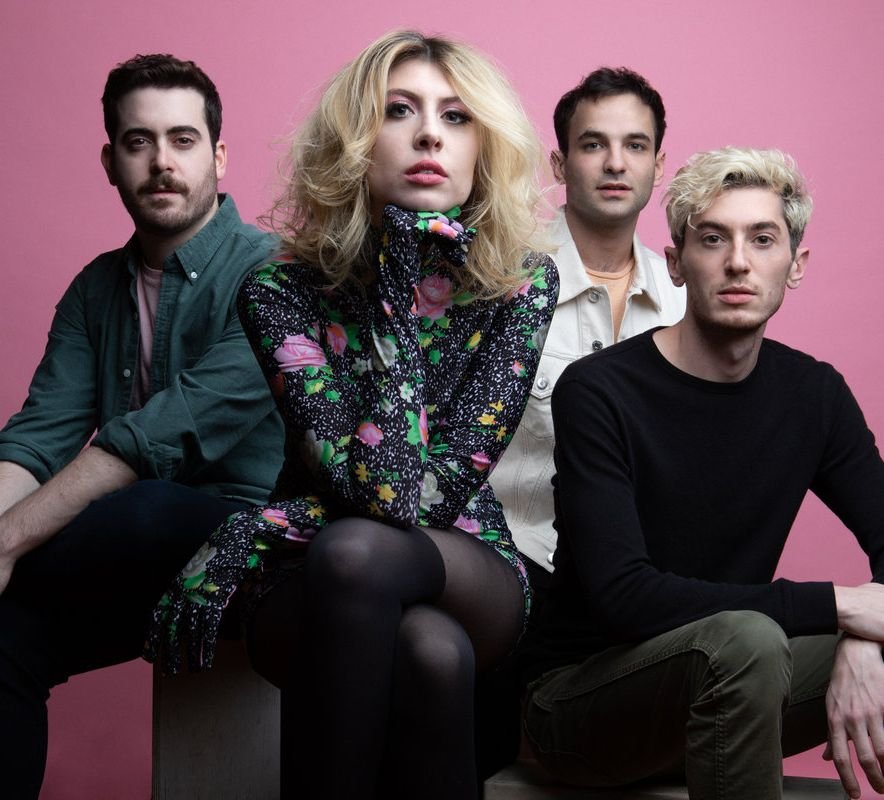 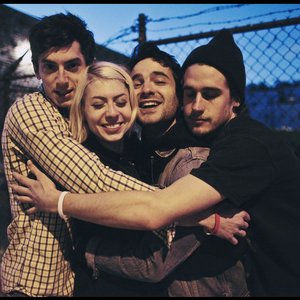 The path that led to their first full-length record, Guppy, was anything but straightforward. As the story goes, the band officially started when frontwoman Eva Hendricks and guitarist Spencer Fox, both just 15, crossed paths at a Tokyo Police Club show in New York City, but the ties within the band go much deeper than that. “It’s kind of insane and hilarious,” says Eva, “Sam is my older brother, so obviously we’ve known each other our whole lives, but all of us have been connected to each other since we were little kids. Dan Shure and I dated when we were in our early teens and he and Spencer went to summer camp together. Dan and I broke up years ago, but eventually he’ d become our bass player. The reason we all get along so well has to do with the fact we share this ridiculous history. We are all deeply embedded in each other’s lives.”

After spending years playing shows in and around New York City, the band eventually released an EP (2014’s Soft Serve) and scored opening gigs for the likes of Glass Animals, Darwin Deez, Tokyo Police Club, Sleater-Kinney, as well as a touring spot for their own musical forebears, Veruca Salt. Even though the band had amassed a sizable fanbase and a reputation as a truly formidable live act, the goal of making a full-length record proved to be a fraught series of false-starts. Given their propensity for making hooky, ebullient pop songs, the band often felt out of step with what was happening around them in Brooklyn. (“We weren’t weird in the right ways,” says Sam). They eventually set about recording an album on their own—and then recording it twice—before figuring out what had been staring them in the face the entire time. “We basically had to come to terms with the fact that we are, at heart, a pop band,” recalls Spencer. “Before, it was always trying to decide which of the songs would be more ‘rock’ and which would be more poppy, but we eventually realized we needed to meet in the middle, we had to create an ecosystem where our loud, messy rock sounds could co-exist with these super catchy melodies and pop hooks. It was really about realizing what we’re best at as a band.”

The ten tracks that make up Guppy, Charly Bliss’ sparkling full-length debut, show the band embracing all of their strengths—a combination of ripping guitars and irrepressible pop hooks, all delivered with the hyper-enthusiasm of a middle school cafeteria food fight. That every track is loaded front-to-back with sing/shout-worthy lyrics and earworm melodies is a testament to the band's commitment to the art form of pop songwriting. Opening track “Percolator” sets the tone—all power riffs and yo-yo-ing melodies playing against Hendricks’ acrobatic vocals, which veer from gentle coo to an emphatic squeal:

I’m gonna die in the getaway car! I would try but it sounds too hard! It's a vibe that carries throughout Guppy, a record that shares an undeniable kinship with 90’s alt-rockers like Letters to Cleo and That Dog—bands that balanced melodicism, sugary vocals, and overdriven guitar turned up to 11. It’s an aesthetic that Charly Bliss both embraces and improves upon in tracks like “Ruby” (“We actually wrote the guitar solo by sitting in a circle and passing the guitar around, each of us adding our own notes,” says Fox) and “Glitter”, the record’s first single. “I wanted to make a song about being romantically involved with someone who makes you kind of hate yourself because they are so much like you,” says Hendricks, “A fun song about complicated self-loathing that you could also dance around your bedroom to—that kind of sums us up as a band, actually.”

“Pop music can actually be very subversive,” she continues. “The lyrics that I'm most proud of on the record are me existing both in and out of this overgrown teenybopper feeling—feeling like everything I was going through was the most extreme thing that had ever happened to anyone ever. The songs are often about being totally in the throes of this stuff, but also being able to step out of it and make fun of myself. It’s possible to write songs that really get at all of these dark feelings while also just being really fun to sing and dance to. You can be serious and also sing about peeing while jumping on a trampoline.”


Guppy is a record that doesn’t so much seek to reinvent the pop wheel so much as gleefully refine it. “People forget sometimes that expressing joy is just as important as examining despair,” says Shure. “People need joy, especially right now. We’re all about writing tight pop songs, but also giving people this super enthusiastic release. These songs are kind of the sound of expressing something that you can’t really contain. These are songs you play really loudly when you need to freak out.”