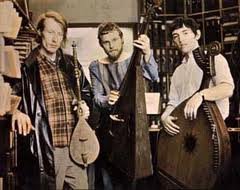 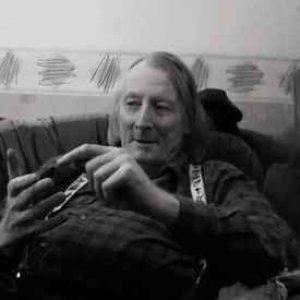 Clive Palmer (born 13 May 1943 in Edmonton, north London; died 23 November 2014 in Penzance, Cornwall) was a British folk musician and banjoist, best known as a founding member of The Incredible String Band who also formed C.O.B. (Clive's Old Band or Clive's Original Band) in the late 60s/early 70s. He fell out of music for a while, working in among other things dentistry and engineering before coming back to music in 1990.

He has released numerous albums and he has also played live with the modern folk group 'Espers.
more : http://en.wikipedia.org/wiki/Clive_Palmer_(musician)
www.discogs.com/artist/Clive-Palmer