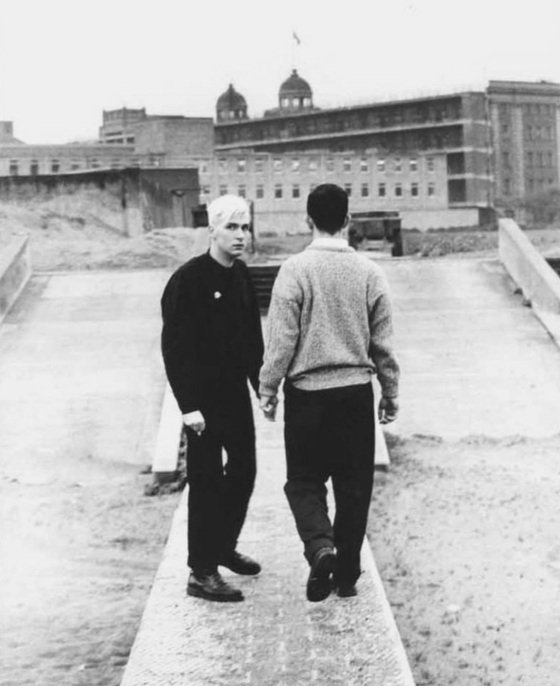 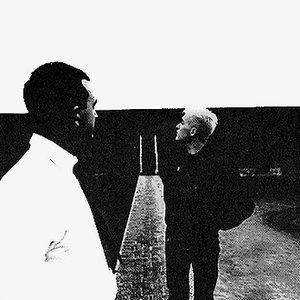 Coil (1982–2004) was initially established in London in 1983 as an experimental solo outlet for ex-Psychic TV member John Balance, and became a full-fledged experimental sonic manipulation unit a year later following the arrival of keyboardist / programmer Peter Christopherson (Sleazy), a founder of Psychic TV as well as a member of Throbbing Gristle. After debuting with the 17-minute ritual recording How to Destroy Angels, Balance and Sleazy recruited the aid of Possession’s Stephen Thrower, J.G. “Foetus” Thirlwell, and The Virgin Prunes’ Gavin Friday to record their full-length 1984 bow Scatology, an intense, primal work of sculpted industrial noise thematically devoted to the concepts of alchemy and transmutation.

Coil spent the next period of its existence exploring visual media. In late 1984 they recorded a rendition of Tainted Love (originally recorded by Gloria Jones, but made popular by Soft Cell in the 80s), producing a widely banned, hallucinogenic video clip featuring Marc Almond as the Angel of Death; despite considerable controversy at home, the video ultimately found its way to the archives of the Museum of Modern Art. After spending several years working with filmmaker Derek Jarman on the feature The Angelic Conversation, Coil issued a remixed edition of their soundtrack. Following 1986’s Nightmare Culture, a collaboration with Boyd Rice produced as split release with Current 93, Christopherson and Balance invited Stephen Thrower to join the group in a full-time capacity. As a trio, they recorded 1986’s LP Horse Rotorvator, introducing orchestral, jazz, and middle Eastern textures into the mix; this album included The Anal Staircase.

In 1987, Coil issued The Unreleased Themes for Hellraiser, a collection of atmospheric gothic instrumentals commissioned for but ultimately cut from the Clive Barker horror film, followed by compilation album Gold Is the Metal (With the Broadest Shoulders), a remixed history of the group’s first several years of work. Unnatural History, another career overview, effectively ended the first phase of the band’s career in 1990; when Coil resurfaced a year later with Love’s Secret Domain, their music reflected the strong influence of the acid house culture. Another long layoff brought on by financial difficulties ended in 1995, when the group - now consisting of Sleazy, Balance, and Drew McDowell - signed to Nine Inch Nails’ Trent Reznor’s Nothing Records to release Backwards, an album which was never officially released, although it is available in a number of bootleg versions. Additionally, they recorded the LP Worship the Glitch, issued under the name ELpH, and in 1996 cut A Thousand Lights in a Darkened Room as Black Light District.

1998 marked a significant stylistic shift for Coil, as the group moved away from the industrial dance sound they pioneered in the first half of their career towards what Balance referred to as "Moon Musick". This began with the release of four seasonal EPs throughout that year, coinciding with the equinoxes and solstices; this marked the group making further forays into ambient and neoclassical styles. Lyrically, there was a push towards naturalistic, pagan imagery, and an emphasis on free form, improvisatory chants. All four of these releases were later collected and released as Moons Milk (in Four Phases) in 2002. Coil also put out a purely drone based project, Time Machines, under that alias the same year.

In 1999 Coil started to work with Thighpaulsandra, and with him released the chilling Musick to Play in the Dark, a dark, meditative work featuring mostly intoned vocals from Balance, and exploring deeper electronic textures and pitches. A second volume followed in 2000. After years of refusal to do so, Coil started to perform live again in 1999. They released a number of albums containing the various shows they did in the period 2000 - 2004. Coil have released a lot of material in very limited editions, and have distributed certain records only at concerts. In 2003 they started a project to re-issue these tracks. Admist their sporadic touring, and growing internal tensions within the group, Black Antlers was released in 2004, consisting of many of the songs played in concert at the time. This would prove to be the last studio recording put out in Balance's lifetime.

Jhonn Balance’s long-time struggle with alcoholism led to his death on 13th November, 2004. He fell from the second floor window at his home, while drunk, and died a short time after. Coil’s last live performance took place at Dublin’s City Hall on 23 October 2004 and is expected to appear on the forthcoming DVD box set “Colour Sound Oblivion”. A number of songs that were (as good as) ready were released in autumn 2005 as a last farewell to Jhonn.

Peter Christopherson passed away peacefully in his sleep on November 25, 2010. Instead of sending flowers in memory of Peter Christopherson, people were asked to donate money to help children affected by AIDS in Thailand, the country he loved and died in.