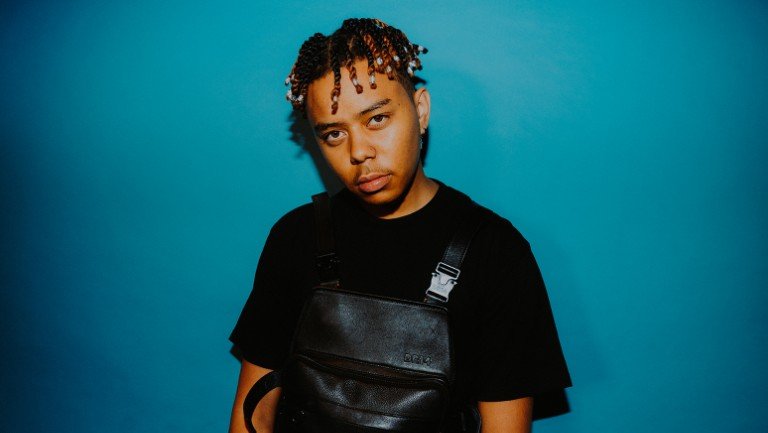 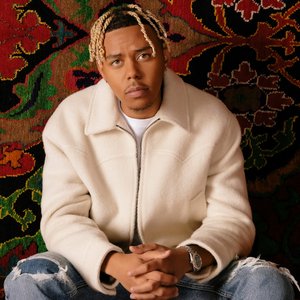 Dunston gained popularity by releasing remixes of popular songs, such as "My Name Is" by Eminem, and "Old Niggas" which was a response to the song "1985" by J. Cole. Videos to both remixes were uploaded to the WorldStarHipHop's YouTube channel, which led to an immense and immediate positive response from both mainstream media and the online rap community. His debut studio album, The Lost Boy was released on July 26, 2019 and received a nomination for Best Rap Album at the 62nd Grammy Awards. Cordae was a member of the YBN collective from 2018 until the group disbanded in 2020.

Dunston was born in Raleigh, North Carolina, but moved to Suitland, Maryland. As a young child, he'd taken an interest in music as his father would always play classic hip hop around him, from artists such as Rakim, Nas, Big L, and Talib Kweli. He began writing raps around the age of fifteen, but did not take it seriously, as it was only a hobby for him. Following the influence he gained from the music his father listened to, he would do research on certain artists through YouTube, attempting to find similar music and "getting lost" in the recommended videos section. Dunston began gaining more interest in pursuing a rap career as he aged, but focused on his education first, although writing lyrics often distracted him from his studies. He released three mixtapes as a teenager under the name "Entendre" – Anxiety (2014), I’m So Anxious (2016), and I’m So Anonymous (2017). He graduated from high school in 2015 and decided to go to college at Towson University, later dropping out in 2018, explaining that college was "bigger than him" as a first-generation student, and he was mainly doing it for his mother. He moved to Los Angeles shortly afterward.

Dunston began taking his rap career seriously in the beginning of 2018. Although he hadn't been releasing any music with them, he'd often hang around YBN Nahmir and YBN Almighty Jay when visiting Los Angeles, whom he'd initially met through social media. Nahmir had taken interest in a song that Dunston had made with fellow rapper and brother Simba, and reached out to him. Dunston is the only member of YBN that hadn't been introduced to everyone as a gamer, as he doesn't take gaming too seriously. He already felt like he was a part of YBN, the only thing that hadn't solidified his presence being his social media handles, which he soon changed from Entendre to YBN Cordae. He also stated that Entendre had been a name that he'd wanted to change for while, stating "I was just always around Nahmir and shit, those were just like my brothers… And, I was thinking, yo, I need to change my shit to like, Cordae, and shit, my actual first name. I was already "YBN" without the social tag, you know what I'm saying?" He released his first single, which he called his "introduction to the world", in May 2018. It was a remix of the 1999 song "My Name Is" by Eminem, which he released along with a music video via WorldStarHipHop on YouTube. Subsequently, he released "Old Niggas", as a response to "1985" by J. Cole, then released the tracks Fighting Temptations and Kung Fu, respectively.

His debut live performance was at the annual Rolling Loud music festival in May 2018, in which he performed with both YBN Nahmir and YBN Almighty Jay. He performed with the duo again for the 2018 XXL Freshman Show in New York City, after Nahmir was announced to be an inductee of the yearly freshman class. Dunston was then announced to be joining Juice Wrld on his North American WRLD Domination tour from May to September 2018, along with Lil Mosey and Blake, ended up reaching 28 cities. Soon after, it was announced that YBN would be going on a month-long tour in Europe as a collective. Dunston then said he would release multiple singles up until his debut project is complete. On August 2, 2018, both Nahmir and Cordae released a video for their single "Pain Away". On August 12, YBN Nahmir announced that an official YBN Mixtape, featuring the trio, would be released September 7, 2018. He released the music video for his single, "Scotty Pippen", on August 23, 2018.

On January 28, 2019, Cordae released a music video for a new song titled, "Locationships" on his YouTube channel before releasing another song titled, "Have Mercy" in March 2019, with the latter song becoming the lead single from his debut studio album, The Lost Boy. He was later named as one of the members of XXL's "2019 Freshman Class" on June 20, 2019. Cordae later released "Bad Idea" and "RNP" as the second and third singles from the album respectively. The Lost Boy was released on July 26, 2019. The album landed YBN Cordae two nominations at the 62nd Grammy Awards; Best Rap Album and Best Rap Song for the single "Bad Idea". In November 2019, YBN Cordae announced that he would be headlining "The Lost Boy in America Tour", which began in January 2020.

On August 6, 2020, YBN Nahmir took to Twitter to announce that the YBN collective officially disbanded. Cordae subsequently dropped the YBN from his stage name. On August 27, Cordae released a new single, "Gifted", featuring Roddy Ricch, marking Cordae's first release of 2020. Cordae is currently working on his second album. During an interview with Apple Music, he stated, "I'm like a hundred songs deep in. Like this next one, I'm really taking everything to a whole 'nother level. I really love doing music and perfecting my craft and I'm getting better every day. And the new music from here on out is going to show that"