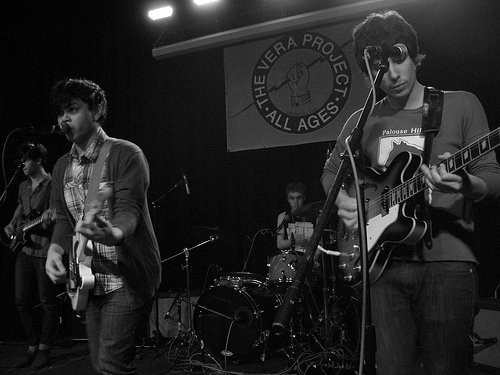 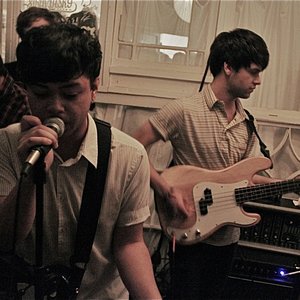 Their debut album is Idle Labor.
After some time following the release of the Gallery EP, Craft Spellsā€™ Justin Vallesteros was back with the LP Nausea.
Justin moved to San Francisco to find a niche in the Bay Area music scene. This proved difficult within the regarded garage rock scene and DJs dominating the areaā€™s music community. This made Justin fall into a slump, creatively.
With a severe bout of writerā€™s block he retreated to his parentā€™s house in Lathrop, CA. Away from the city, he put down his guitar for a full year in favor of properly training himself on piano, the instrument from which all the tracks for Nausea were written.
Being in limbo between the city and the suburbs, Justin felt actual nausea, added to by his admitted semi-addiction to social media and quickly found himself disillusioned. Vallesteros unplugged from that world as much as possible and completely immersed himself in the music (Emmit Rhodes and the solo works of Yellow Magic Orchestraā€™s Haroumi Hosono and Yukihiro Takahashi) and writing (the works of Mishima, for one) that would come to form the LP.
The demos came together in early 2014 and Vallesteros flew to Seattle to produce the record with engineer Dylan Wall. Teaming up on the recording with Craft Spells stalwarts Javier Suarez and Andy Lum, the band went into the studio and recorded a whole and complete work, full of ideas and a new found maturity in both songwriting and recording sophistication.
Within the first few seconds of lead single Breaking the Angle Against the Tideā€¯ listeners understand, that it sounds different than the previous works. This is a bold, new sound emphasizing the songwriting abilities of Vallesteros. An album featuring piano, real strings and acoustic guitar.
The song Komorebi with itā€™s piano chord progression and melancholic string accompaniment emphasizes the maturity and confidence as a writer that is the next step in Craft Spells' career.