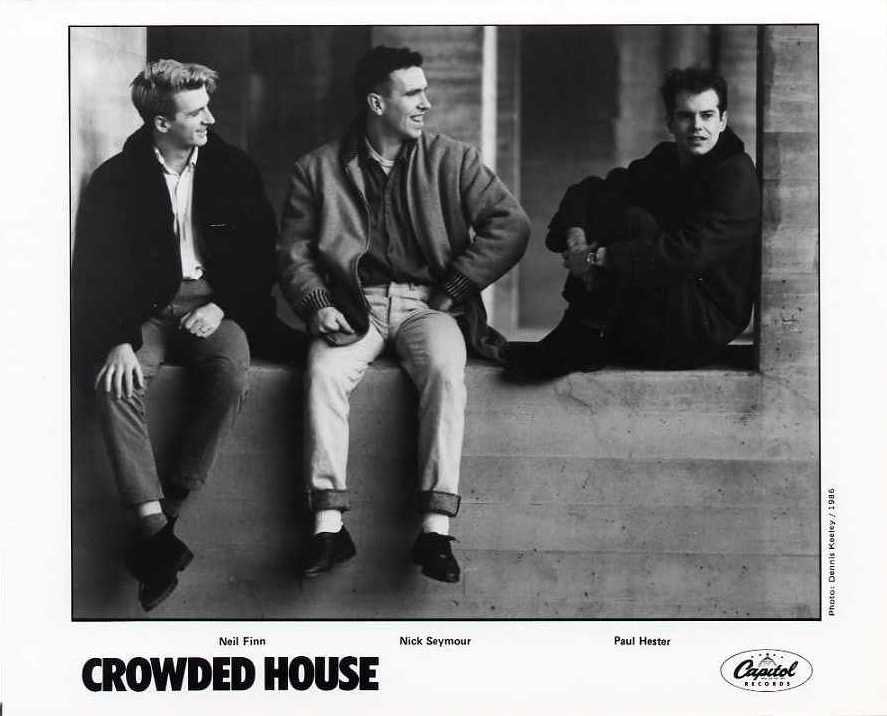 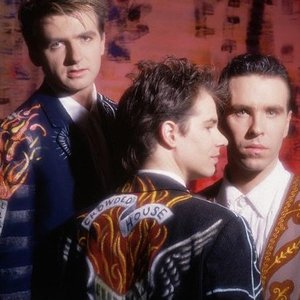 Crowded House is a rock group formed in 1985 in Melbourne, Australia and led by New Zealand musician and singer-songwriter Neil Finn. The band were originally active from 1986 to 1996 before deciding to split up. In 2007, the band reunited to record and tour again.

Neil Finn and Paul Hester decided to form a new band during the Split Enz farewell tour 'Enz with a Bang'. Nick Seymour approached Finn during the after party for the Melbourne show and asked if he could try out for this new band. The first incarnation of the band, The Mullanes, formed in Melbourne in 1985 and also included guitarist Craig Hooper, formerly of The Reels. They secured a record contract with Capitol Records and moved to Los Angeles, at which time Hooper left the band. At the label's behest, the band changed its name to "Crowded House," which alluded to the cramped quarters the three members shared at an apartment in North Sycamore Street in West Hollywood during the recording of the album. They also invited former Split Enz keyboard player Eddie Rayner to join, and he produced the track "Can't Carry On" for the debut self-titled album. He initially joined them on tour in 1988 on keyboards, but had to leave for family reasons before he could be made a full member.

Bursting onto the international scene in 1987 with Don't Dream It's Over from the album Crowded House, the band seemed destined for greatness. However, despite eking out one more hit from the album, Something So Strong, the follow up Temple of Low Men failed to repeat its commercial success, despite critical acclaim. Radio had a hard time categorizing them, but within the industry they quickly gained a stellar reputation as "musicians' musicians", and outside the industry as one of the best live acts, featuring mixed setlists and improvisations. A set of three shows at one venue would often feature less than half the the songs being played more than once.

It wasn't until 1991's Woodface that the band hit international success again, specifically with the jointly written Finn brothers track Weather With You.

In fact, the album that emerged wasn't the one originally proposed. Neil had been working on a side project with his brother Tim Finn, a solo artist in his own right and former Split Enz frontman (in fact, several members had a history in Split Enz - Tim formed the band and Neil was responsible for their biggest hit I Got You, while Paul Hester was the drummer during their final days). When the record company rejected the material he'd composed for the third Crowded House album Neil asked his brother if he could use some of their songs in their place. Tim agreed, allegedly joking he would only do so if he could join the band. Whether or not Neil took this literally, Tim did indeed become the fourth member of Crowded House during the Woodface phase.

Whilst Weather With You became an international hit, particularly in the UK (where it was followed by smaller chart successes for Four Seasons in One Day and It's Only Natural), in the US, at least, history didn't repeat - a situation some put down to the choice of Chocolate Cake - a scathing attack on the American lifestyle - as the first single.

During touring in the UK, Tim was asked to leave the band. Mark Hart joined the band for their next album. Together Alone was a similar international success and the band even managed to score a minor hit in the US with Locked Out after it featured on the soundtrack for the Winona Ryder flick Reality Bites.

Shortly after, Paul Hester decided to leave, although he did return to record three new tracks for a Best Of… compilation, Recurring Dream. By 1996, however, Neil decided to fold the band, choosing instead to focus on a solo career. The band's final concert, on the steps of the Sydney Opera House, was an emotional and memorable event, and has been captured on the DVD / CD Farewell to the World.

A B-sides compilation, entitled Afterglow, was released in 1999.

Paul Hester died tragically in 2005 when he committed suicide in Melbourne, Australia.

January 2007 brought a surprise announcement that Crowded House would be re-forming. Frontman Neil Finn once again linked up with Nick Seymour and Mark Hart and, after picking up Beck's drummer Matt Sherrod to replace Paul Hester, produced a new album entitled Time on Earth.

The Frenz web site launched a new Crowded House portal in 2007 where old and new fans of the band can keep up to date with news of new releases and tour plans.