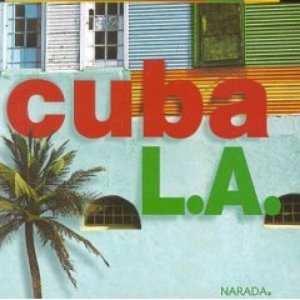 Cuba L.A. - featuring Danilo Lozano, Carlos Puerto, Harry Kim, Orestes Vilato, Luis Conte and other top Cuban players - is taking the music scene by storm. DOS, Cuba L.A.'s second album, captures the excitement and thrill of a spicy blend of classic Cuban songs and Latin jazz tunes in a live studio recording - it's Afro-Cuban, Latin jazz and hot dance music …it's Cuba L.A.!
The closest interpretation of jam session in Spanish is descarga. Whatever the translation, descarga is exactly how Cuba L.A. comes together to create the music on DOS.

Led by Danilo Lozano - flutist, musicologist and a founding member of the Hollywood Bowl Orchestra - Cuba L.A. is a dream team of Cuban musicians living in the United States. During the recording session, Lozano mentions that "it was like a laboratory and everyone became an arranger, bringing their ideas to the song. We took these traditional melodies and forms and added new instrumentation or tried new rhythms. The end result was magical.

"More than nostalgia", Lozano continues, "these songs remind us how rich the Cuban music tradition is, filled with African and Spanish flavors, and differences from neighborhood to neighborhood. We made beautiful music, each of us probing the musical roots in our own way."