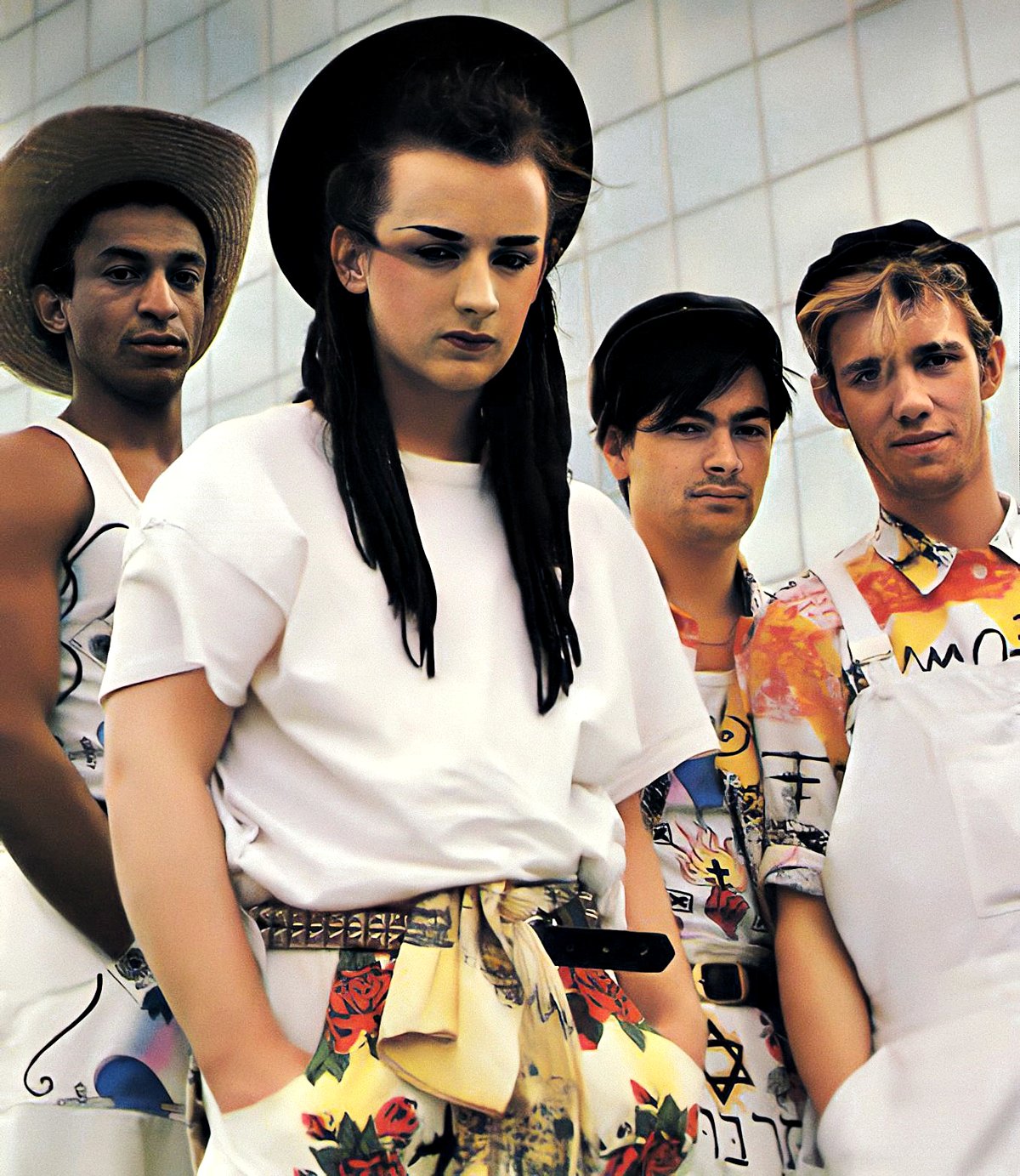 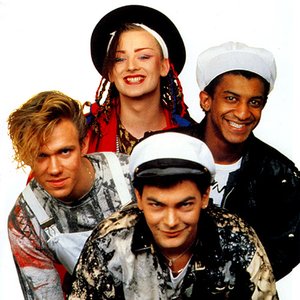 Culture Club was a popular 1980s pop group, perhaps most noticeable for their gender-bending frontman George O'Dowd, known by his stage name Boy George. The other members of the band were Roy Hay on guitars and keyboards, Mikey Craig playing bass and Jon Moss (ex Damned, London, Adam and the Ants) on drums.

Their first album, 1982's Kissing to Be Clever, became a major international hit, spawning the hit singles "Do You Really Want to Hurt Me" (which went 'all the way' in the BBC-Charts in late 1982), "Time (Clock of the Heart)", and "I'll Tumble 4 Ya". Unique in his eccentric manner of dress and androgynous look, Boy George became a worldwide celebrity.

Their second album, 1983's Colour By Numbers also did extremely well, giving the band its second number one hit in the UK with "Karma Chameleon." Karma Chameleon reached No.1 in many countries and they even starred in UK's Top of the Pops in September 1983. However, trouble was brewing within the Culture Club camp. Unknown to the public, George was having an affair with drummer Jon Moss. The affair (which lasted over four years) was often problematic and the pressure to hide the relationship started to take its toll.

The band also started to lose its place musically. Their next album, 1984's Waking Up With the House on Fire was a major disappointment. Though the band gained a small comeback with 1986's From Luxury to Heartache (thanks to the hit "Move Away"), both George's and Jon's fights created much tension, eventually leading to the breakup of the band. Around this time, George also became addicted to heroin, which created a frenzy with the tabloids. Eventually, George would let go of the habit and begin his solo career. A minor hit from the "Hiding Out" soundtrack called "Live My Life" peaked at U.S. #40. While George scored several hits in Europe and finally hit the U.S. top 20 with 1992's "The Crying Game", he was never able to reach the success he achieved with Culture Club.

In 1998, the band put their issues aside and decided to do a reunion tour. Kicked off with a performance on VH1 Storytellers, the tour was a major success. Shortly after, Culture Club recorded a new album titled Don't Mind If I Do. Though never released in the U.S., the first single, "I Just Wanna Be Loved" (UK #4), was featured on a compilation based around the Storytellers performance.

The band went on to tour for a few more years. Recently, however, Culture Club has been inactive, largely due to Boy George's concentration on his successful career as a DJ. In late 2006, Culture Club announced a reunion - albeit, without Boy George as lead singer.