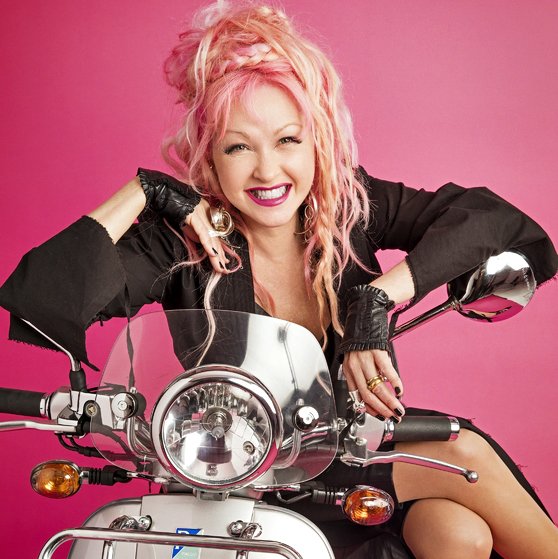 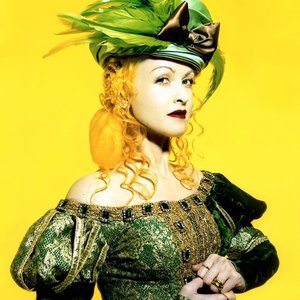 Cyndi Lauper (born Cynthia Ann Stephanie Lauper on June 22, 1953 in Brooklyn, New York, United States), is a Grammy Award-winning singer (who possesses a four-octave vocal range) and Emmy Award-winning film, television and theatre actress. She was lead singer of the rockabilly band Blue Angel before her rise to fame as a solo singer. Her melodic voice and wild costumes have come to epitomize the 1980s and New Wave — the decade and genre in which she first came to fame.

Born in Queens, New York to Swiss German-American Fred Lauper and Sicilian Italian-American Catrine Dominique, she began her career in a cover band, but soon began performing her own songs (though she almost quit singing altogether due to strained vocal chords in 1977). By 1980 she'd released a rockabilly album on Polydor with the band Blue Angel. Despite much critical acclaim, the album "went lead," as Lauper says, and the band split as Lauper filed for bankruptcy.

In 1983 she started dating her manager David Wolff with whom she released She's So Unusual, a worldwide hit album which made Lauper a household name. A mixture of teen-friendly pop-rock and edgier, almost punky sounds, the album's biggest hit, Girls Just Want to Have Fun, quickly established itself as a female anthem. Lauper won a Grammy Award for Best New Artist at the Grammy Awards of 1984 for her work on the album. Lauper was the first female artist to have four consecutive Hot 100 Top 5 hits from one album.

Subsequent albums (such as True Colors, A Night to Remember, Hat Full of Stars) did not sell as well, but Lauper remains active to the present day and still retains a very strong fan base.