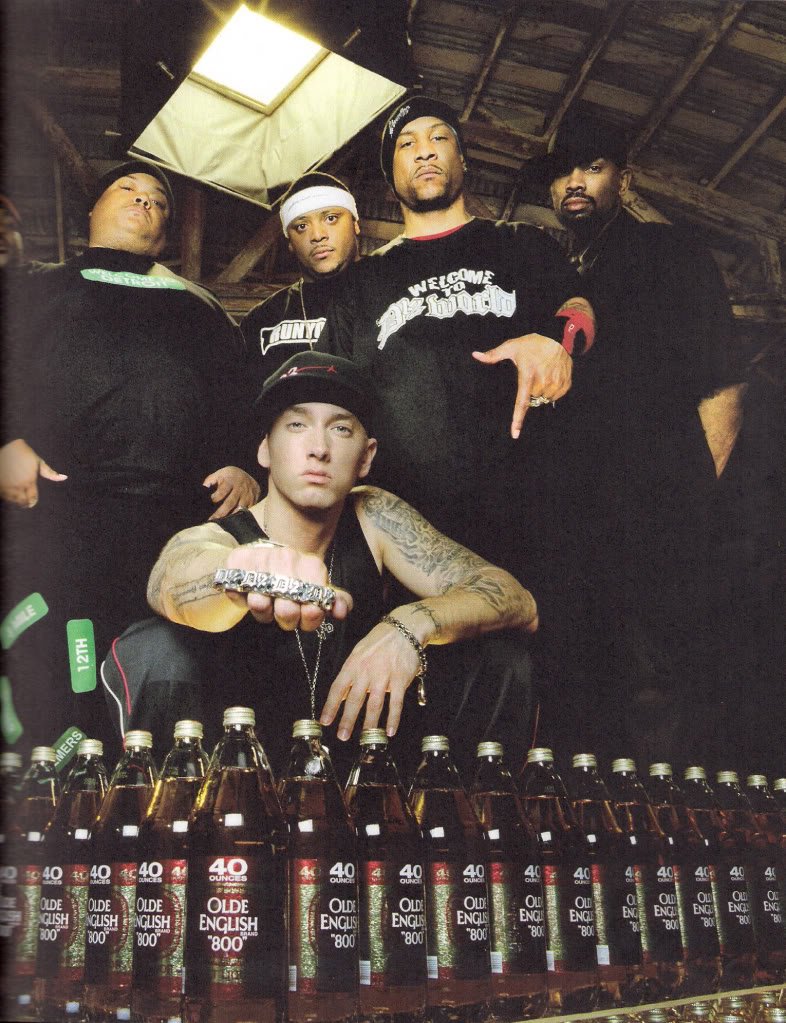 D12 (aka The Dirty Dozen and D-Twizzy) was initially formed in 1991 by Proof who invited local Detroit rappers such as Bizarre, Eminem and other members who would leave the crew before it achieved success including Eye Kyu, Killa Hawk and Fuzz. The group was a loose collective in the vein of Wu-Tang Clan. Several members began making names for themselves in hip hop during the late 1990s. Bizarre was named Inner City Entertainment's "Flava of the Week" and Proof won a free-styling competition run by The Source in 1998.

However, it was as a solo artist that D12 member Eminem found success. All of the members of D12 have aliases and Eminem chose Slim Shady as his. Eminem was formerly in a group called Soul Intent along with Proof before leaving and forming with D12.

Eminem's success persuaded Proof to establish D12 on a more permanent basis in early 1999. Bizarre, Eminem, Kon Artis, Bugz, and Kuniva were recruited to join the group. Kuniva and Kon Artis were previously part of Da Brigade. However, Bugz passed away in Detroit on May 21, 1999 because of a gun incident at a picnic that turned into a shooting, leading to Kuniva proposing Swift take Bugz's place. Each of the members of the crew wears a tattoo of Bugz's name in his honor. The tracks Good Die Young and Bugz 97 (the latter of which features an appearance from Bugz) on D12 World are also in his memory.

The six members of D12 signed a contract with Eminem's Shady Records and Interscope in 2000. The fact that D12 rose to prominence after Eminem led many people to assume that the other members had less significance in the group - this would be the concept of the group's 2004 hit single My Band. They also made the song to adress the common using of Eminem featuring D12.

Despite Eminem's prominence in the music industry, D12 insists that there is no frontman in the group and that Eminem is just another member. In spite of this, D12 recently began to tour as a separate entity to Eminem, a controversial move that could lead to confusion among concert-goers who may believe they are paying to see Eminem as well as the other five performers.

Sadly, early morning on April 11, 2006, Proof was shot and killed at a Detroit-area nightclub. Proof, real name DeShaun Holton, was 32 years old. Proof was also one of Eminem's best friends and will be missed by fans and friends.