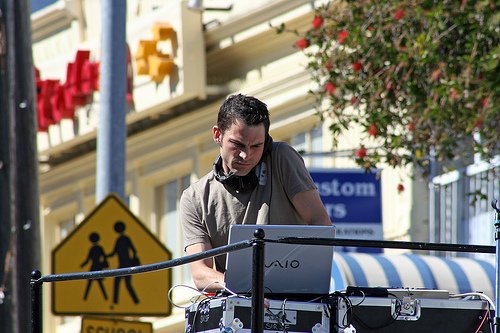 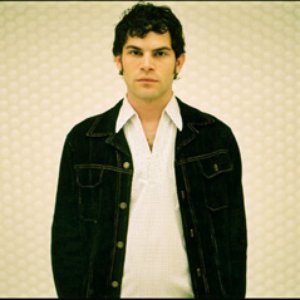 DJ Earworm (aka Jordan Roseman) is a San Francisco-based mashup artist who has achieved recognition for his technically sophisticated, songwriting oriented mashups. His annual “United State of Pop” mashups, short mixes featuring the top 25 songs of the year according to Billboard magazine, have reached the Top 100 for national radio play and become internet sensations.

Roseman was born into a family of musicians and raised in eastern Iowa. In his early life, he played piano and produced original electronic music on a computer, later majoring in music theory and computer science at the University of Illinois. He began making mashups recreationally in 2003 using ACID. After encouragement from DJ Adrian at Club Bootie, Roseman created the moniker DJ Earworm ("earworm" referencing a song that repeats compulsively within one's mind) and began releasing mashups via a website.
DJ Earworm has a unique mashup style that consists of a compositional, songwriting approach. He gradually layers samples on top of one another, matching keys and subtly altering melodies. His mashups often convey an entirely new meaning than the original material, such as a political message in “No More Gas”. He has been contrasted with mashup artist Girl Talk, who has a more DJ-oriented style.
He is the author of Audio Mashup Construction Kit (Wiley, 2006), a how-to manual for creating mashups.
At the 2008 IDEA conference, he revealed that he has made mashups using Ableton Live, and now DJs live with the same software.

While most mashup artists must rely on bootleg samples and public releases to make mashups, Earworm has been contacted by prominent musicians to make mashups from their source material. DJ Earworm was given multitracks by Annie Lennox to create a unique mash-up piece called Backwards/Forwards which contains nine of her songs.
On September 12, 2009 Earworm released an official Sean Kingston mashup called "A Beautiful Mashup".
Kanye West approved of Earworm’s mashup of West’s “Love Lockdown” and Radiohead’s “Reckoner” in 2008, and posted the accompanying video on his website. Earworm has stated that the Scissor Sisters complimented his use of their material in his mashup "No One Takes Your Freedom".
His latest song, "Like OMG, Baby", was shown as part of a concert at Wembley Stadium in London for Capital FM's Summertime Ball, where all fifteen of the featured artists performed. These are the songs used in his new mix:
. Alexandra Burke - All Night Long
. Cheryl Cole - Fight For This Love
. Chipmunk feat. Esmee Denters - Until You Were Gone
. Dizzee Rascal - Bonkers
. Ellie Goulding - Starry Eyed
. Jason Derulo - In My Head
. JLS - One Shot
. Justin Bieber - Baby
. Ke$ha - Tik Tok
. Pixie Lott - Mama Do
. Rihanna - Rude Boy
. Scouting For Girls - This Ain't a Love Song
. Tinie Tempah - Pass Out
. Usher feat. Will.I.Am - OMG
. The Wanted - All Time Low