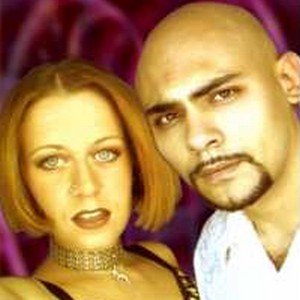 DA BLITZ was an Italian dance act, consisting of Viviana Presutti (vocals) and Simon Pastore (keyboards). Between 1994-1998 they had some big club hits, like "Let Me Be", "Stay With Me", "Take Me Back", "To Live Forever" or "Take My Way".

Viviana Presutti was born in Torino (North Italy) on 28 May 1972. She started singing before talking : she was only three years old. has been studying piano since 6 to 17, and then she stopped due to school studies and then to University, Biological specialization. She entered Bliss Co. Studios on October 1993 where she met Simon and started working with him.

Simon Pastore was born in Taranto (South Italy) on 20 September 1971 and has been playing piano from 6 years old to now, thanks to his mother that was a great piano musician in Italy. Simone started performing with his mother all around our country when he was 10 years old. He has done classical studies and then the university in Pharmacological specialization … then he entered Bliss Co. Studios on June 1993 where he started working with the other musicians.