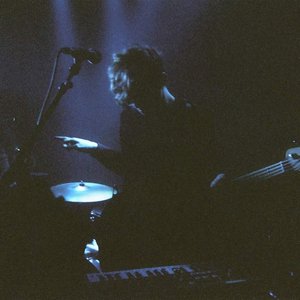 Daniel Alexander's premiere release on Ambit Din, "SPY/Music for Film", is a work based around a short film, without being a straight soundtrack. It incorporates both the theme and the structural identity of the film from which it takes its name, but is designed to be a purely sonic experience. Composed using instruments, synths and field recordings, "SPY" mimicks traditional soundtrack techniques (both structurally and aesthetically) but executes them in a manner that leaves no room for the existence of the footage from which the idea was born. Creating a base of Diegetic sounds from the raw camera footage, "SPY" focuses on true background noises - the hums, clicks and quiet drones picked up by the microphone of the camera. The sounds are mingled with the same non-musical elements found in the recording studio - computer hums, fans, the street outside the window - anything in fact, that you might commonly choose to avoid using in a recording. Other internal sounds are added, mundane things - taps, radiators, the voices of the neighbours through the walls. On to this base, instruments are laid - a mixture of clean and effected pianos, an accordion, a korg micro-synth, percussion (chairs, floors, feet), a saxaphone and an organ. These instruments (with the exception of the clean piano) are then aligned with the diegetic and studio sounds, so that they become one single instrument - an accordion passage is slowed down until it melds seamlessly with the hum of a computer fan, an organ is EQ'd so that it shares the same musical space as the short excerpts of street sounds burting from the window, etc. A wall of indistinguisable sound is created, with only the piano, and the occasional fleeing sax or accordion frequency, escaping the din. The action in the film "SPY" takes place entirely in two adjoining rooms, and so the field recordings are taken also from inside locations. Everything is musically close, claustrophobic even, with space being given infrequently and only for short passages. No sound - instrument, field recording, non-musical, musical - is free from manipulation, everything can be adjusted, tampered, torn, re-configured to mean something other than its original intent. "SPY" the film, is a thriller, and so the music mimics the sound we commonly associate with that genre - harsh, unnatural synths, moments of cliche amongst less definable passages. As a work it is filled with humour and seriousness both, it is dramatic, pompous even, but with a full knowledge of how that drama and pomp is percieved.