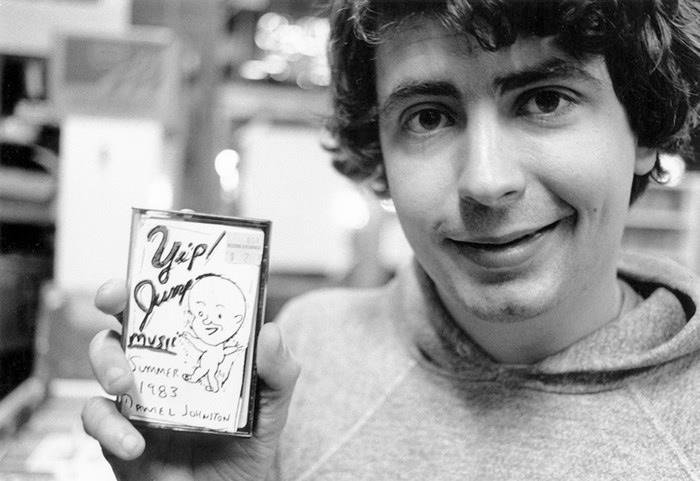 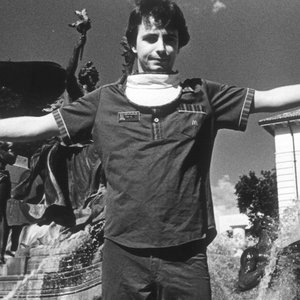 Daniel Johnston (born Daniel Dale Johnston in Sacramento, CA, on 22 January 1961; died in Waller, TX, on 10 September 2019) was an American singer-songwriter and visual artist regarded as a significant figure in outsider, lo-fi, and alternative music scenes. Most of his work consisted of cassettes recorded alone in his home, and his music was frequently cited for its "pure" and "childlike" qualities. His music has been acclaimed by many artists including David Bowie, Sonic Youth, and Simpsons creator Matt Groening. Kurt Cobain of Nirvana fame praised Johnston's work, and often wore a t-shirt with a Johnston illustration and a caption reading, "Hi How Are You?"

Johnston spent extended periods in psychiatric institutions and has been diagnosed with schizophrenia and bipolar disorder. He gathered a local following in the 1980s by passing out tapes of his music while working at a McDonald's in Austin, Texas. His cult status was propelled when Nirvana's Kurt Cobain was seen wearing a T-shirt that featured artwork from Johnston's 1983 album Hi, How Are You. In 2005, Johnston was the subject of the documentary The Devil and Daniel Johnston.

His songs were typically painfully direct, and often display a disturbing blend of childlike naïvete with darker, "spooky" themes. Johnston's singing voice is rather high-pitched, and his performances often seem faltering or uncertain; pitchfork writes that Johnston's recordings range from "spotty to brilliant". He also draws and paints; he is a cult comic book artist and his illustrations have been featured with most of his albums.

Johnston was born in Sacramento, California and grew up in West Virginia, United States, but then moved to Waller, Texas. Johnston suffers from manic depression, and has had varying luck with different treatments. He has been institutionalized for periods.

In the late 1970s, Johnston began recording his songs on a $59 Sony Boombox, singing and playing either guitar, piano or harmonica. He gave tapes of his music to anyone who would take them. Johnston created the comic book inspired art that usually accompanied his own recordings. His debut recording Songs of Pain was released in 1981.

His early songs established a number of themes that would persist through Johnston's career: Unrequited love, Casper the Friendly Ghost, and comic book superheroes, especially Captain America and Jack Kirby's other works. "Joe"—a partly autobiographical character—has been featured in a number of songs. Johnston has cited The Beatles as a prime influence.

A sizable proportion of Johnston's songs throughout the years have dealt with his unrequited love for "Laurie," a girl he became friends with in college, who was the first to encourage him to record his music. The Laurie character quickly assumed the role of the idealized female muse. The real life Laurie Allen married an undertaker, prompting Johnston to write lyrics in which the Laurie figure becomes strongly associated with the imagery of death in addition to her original role as a muse. For example, the song Funeral Home in which Johnston sings that he's "going to a funeral home" represents both the foreknowledge of death and Johnston's desire to be reunited with Laurie, who at the time worked at a funeral home. Laurie Allen has since divorced and filmmaker Jeff Feuerzeig arranged a meeting between Allen and Johnston.

Johnston gained a cult following in Austin, Texas. Some regarded Johnston as little more than a quaint curiosity, but others recognized a genuine talent: Johnston has a knack for creating great, catchy melodies, while his lyrics are evocative and often use clever wordplay. His songs have been covered by a number of admirers.

A 1985 MTV special on Austin brought Johnston wider attention, and a number of record stores outside Texas began selling his cassettes.

His music has been acclaimed by David Bowie, Sonic Youth, and Simpsons creator Matt Groening. Kurt Cobain of Nirvana fame praised Johnston's work, and often wore a t-shirt with a Johnston illustration and a caption reading, "Hi How Are You?"

1994 saw the release of Fun on Atlantic Records. The record was produced by Paul Leary of Butthole Surfers, a group who had long supported Johnston, even inviting him to open a number of concerts for them.

In 1993, Johnston painted a mural of the "Hi, How Are You?" frog, also known as Jeremiah after the Three Dog Night song, on the side of the Austin Sound Exchange music store. The site was converted into a Baja Fresh franchise in 2004. Although initial plans called for the mural to be torn down, public outcry caused restaurant owner John Oudt to let the mural stay, at a price of $50,000 in additional costs and lost revenue.

Fun was Johnston's only major-label release, but he has continued writing and recording songs, as well as drawing pictures.

The Devil and Daniel Johnston (2005) is a documentary by Jeff Feuerzeig about Johnston's life and music, and won the Director's Award at the 2005 Sundance Film Festival.

In August 2005, it was reported that Johnston had been experiencing mood swings requiring medical attention. This led to cancellation of his touring schedule. On November 25th, 2005, Johnston was hospitalized for what appeared to be Lithium poisioning (Johnston takes lithium to control his manic depression). His father had found him in an incoherent state and unable to walk. Johnston is recovering and is thought to be out of any immediate danger.

On December 8th, 2005, it was reported that his condition remained "very serious", but on December 23rd, Johnston was released from the hospital. Johnston's family had been told that "Daniel would require long-term medical care and permanent dialysis for kidney failure," however his health dramatically and unexpectedly improved. Johnston died on September 10, 2019.