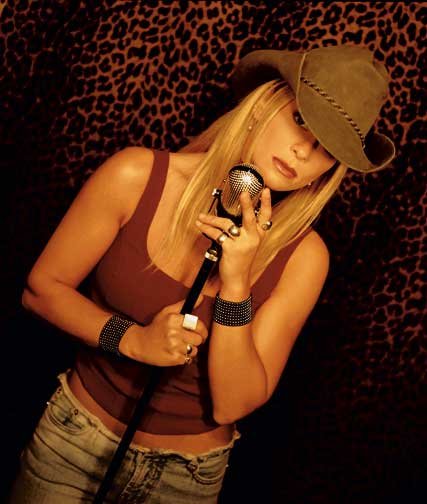 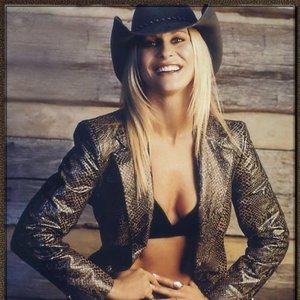 Danni Leigh is equal parts poet, fearless entertainer, sexy chanteuse and rebellious non-conformist. With her patented whiskey drenched vocal delivery echoing country music's greatest traditionalists she is an artist who infuses her music with all the passion and conviction of someone who can give no less than her all.

Born 9th February 1970, in the small town of Strasburg, Virginia, she was reared on Buck Owens, Kitty Wells, and of course, Patsy Cline, who came from the nearby "big city" of Winchester. When Leigh was in her teens she took her first job at a record store exposing her to every form of music under the sun. Singing came naturally to Leigh, and she hooked up with a variety of country bands, playing up and down the east coast.

After a stint in Orlando working with both country and rock bands, she headed to Nashville, taking a waitress job at the legendary Bluebird Café where she was to meet the people that would help shape her future as a country star. Signing as a writer with Warner Chappell and co writing the Tracy Byrd hit "I Wanna Feel That Way Again" She then signed a recording deal with Decca Records for her first major release "29 Nights". However, Danni soon found herself without a label when a corporate merger forced Decca to fold. Wasting no time she moved on to Sony / Monument for her next release "A Shot of Whisky and a Prayer" produced by Richard Bennett and Emory Gordy Jr., the production team behind Steve Earle's heralded "Guitar Town". Achieving only moderate commercial radio success, her sophomore effort has since met with Top 10 Internet success in the U.S., Great Britain, The Netherlands, Belgium and Switzerland.

In the year 2002, Danni was struggling to find her place in the ever changing sound of country music and commercial country radio. Her first independent release with Audium Records entitled "Divide and Conquer" produced by critically acclaimed Pete Anderson, was a step outside her previous endeavors and opened new doors in the growing Americana music scene. Later that same year Danni relocated from Nashville to Austin, Texas where she would find new management with Ray Benson's Bismeaux Productions.

Currently spending much of her time abroad, Danni continues a busy tour schedule promoting her latest album "Masquerade of a Fool" on AGR/Universal which reached number 1 on European country music charts with the first single "A Quarter Over You". While a new single is set for release in May 2008, she is already hard at work writing and recording new songs for her next CD release. Whether old fan or new, rest assured, there will be much more to come from Danni Leigh.