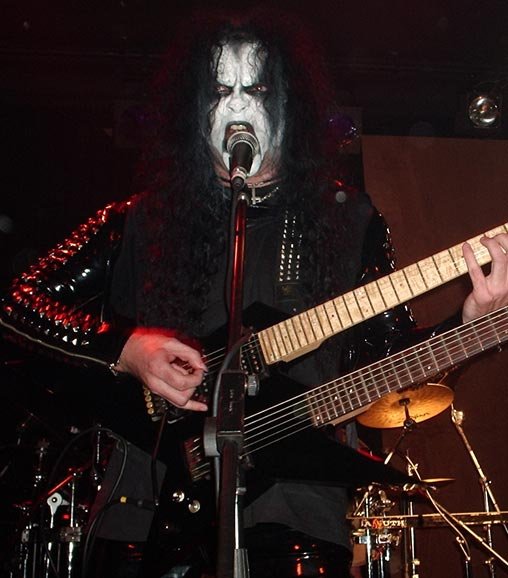 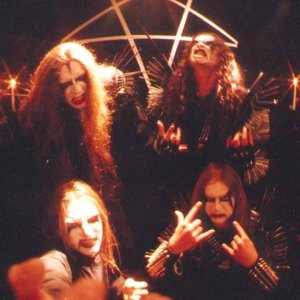 Hailing from the city of burning churches - Adelaide, Australia - the utter hellstorm that is Darklord was conceived around late 1991, early 1992, minus a drummer, when Destroyer (bass), Nekromancer (lead/rhythm guitar) and Stormbringer (lead/rhythm guitar/vocals), formed a band which would not only expand the boundaries of extreme black/death metal, but would also bring an extra touch of progressive class to the genre.

Unable for a long time to find a drummer who could fit the extreme speed and style of the band, Darklord were forced to use a drum machine to record an early demo at the end of '93 called "…By the Force of Sacred Magic Rites…". Although it was only recorded on a four-track cassette recorder (a surprise to many) and is embryonic compared to the Darklord of today, it was still hailed at the time by many underground aficionados, as the bleakest, heaviest music ever recorded and has now gone onto become somewhat of a cult classic. And although it was only a demo, it was released on CD, and distribution throughout Europe and Australia by Modern Invasion earned Darklord a strong and highly respecting following amongst the underground. Over 1000 copies were sold with most interest coming from Germany.

Finally, after a seemingly endless search and a string of auditions, Manic was found to fulfill the demanding drumming duties. There followed over a year of song writing and intense rehearsal before Darklord finally unleashed their dark brand of well executed, subsonic hell to a vocal and expectant packed house at the 'Crown and Anchor', Adelaide, at midnight, under the full moon of October 19, 1996. Darklord continued performing live shows (all have been captured on video) until early 1998 when Destroyer (bass) left the band.

On August 21, 1999, Darklord began recording their long overdue debut full-length CD Symphony Satanikka at Satellite Studios in Adelaide, and is available through Modern Invasion Music. Drummer Manic, was also fired during the mix of the album mid 2000. The album was well overdue after never ending problems, most of them being legal matters concerning both the studio owner and our ex drummer, Manic.

Darklord are an extreme band boasting a competent, professional twin lead attack, which has been compared to the likes of Malmsteen, Gilbert, Petrucci, etc. Darklord also claim to use the lowest drop tuning known to man due to Stormbringer and Nekromancer both playing custom made twin neck guitars, which means things are sounding very heavy in Australia these days. The sound of these guitars must be heard live to be believed. The music is extremely heavy, fast, dark and violent while still incorporating a progressive touch of orchestral choirs, strings, and synth. You'll find no female vocals or flutes or other tired 'northern folk metal' dross here. Only spikes, nails, chains and leather are allowed. And this isn't just more chug-chug, dry sounding death metal either. This music is relentlessly extreme and has a definite ambience. Fans of the heaviest, most extreme metal need look no further.