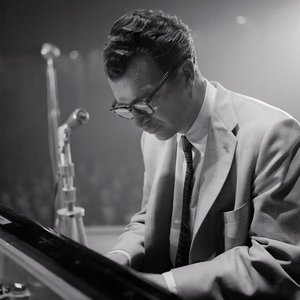 David Warren Brubeck (born December 6, 1920 in Concord, California - December 5, 2012) was an American jazz pianist who has written a number of jazz standards, including "In Your Own Sweet Way" and "The Duke". He was probably best known for "Take Five", written by saxophone player Paul Desmond, who was the saxophonist in The Dave Brubeck Quartet. Due to the immense popularity of his work, Brubeck had won multiple awards such as a lifetime achievement award from the Grammys in 1996, a National Endowment for the Arts Jazz Masters Fellowship in 1999, and a Kennedy Center Honor in 2009.

Brubeck's style ranged from refined to bombastic, reflecting his mother's attempts at classical training and his improvisational skills. Much of his music employed unusual time signatures, a fact jokingly referred to by his greatest hits album 'Time Signatures: A Career Retrospective'. Upon his death, a number of commentators noted his crossover appeal to mainstream pop audiences, something putting him in the company of other jazz legends such as Louis Armstrong and Herbie Hancock among others.