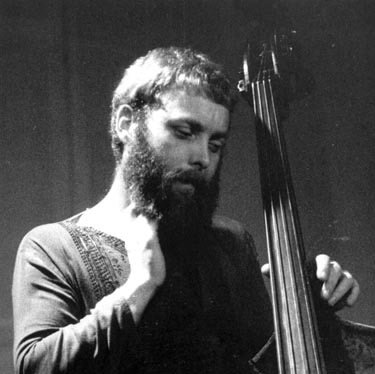 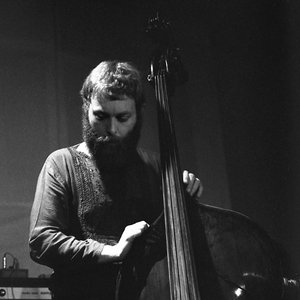 Dave Holland (born October 1, 1946) is a British jazz bassist and composer who is a significant representative of avant-garde jazz.

Born in Wolverhampton, England, Holland learned to play bass as a child, and spent three years studying the instrument at the Guildhall School of Music and Drama. By 1967 he was a regular player at Ronnie Scott's, the premier jazz club in London, backing visiting musicians. He was also involved in the London free improvisation scene around the drummer John Stevens, and performed on the Spontaneous Music Ensemble's classic 1968 album Karyobin. That same year, Miles Davis and Philly Joe Jones heard him playing at Ronnie Scott's, and Jones told Holland that Davis wanted him to join his band (replacing Ron Carter). Davis left the UK before Holland could contact him directly, and two weeks later Holland was given three days' notice to fly to New York for an engagement at Count Basie's nightclub. He arrived the night before, staying with Jack DeJohnette, a previous acquaintance. The following day Herbie Hancock took him to the club, and his two years with Davis began. This was also Hancock's last gig as Davis's pianist, as he left afterwards for a honeymoon in Brazil and was replaced by Chick Corea when he couldn't return for an engagement due to illness. Holland's first recordings with Davis were in September 1968, for half of the album Filles de Kilimanjaro (with Davis, Corea, Wayne Shorter and Tony Williams).

Holland was a member of Davis's rhythm section through the summer of 1970; he appears on the albums In a Silent Way and Bitches Brew. All three of his studio recordings with Davis were instrumental in the evolution of jazz fusion. In the first year of his tenure with Davis, Holland played primarily acoustic bass. By the end of 1969, he played electric bass guitar (often treated with wah-wah and other electronic effects) with increasing frequency as Davis's music became increasingly electronic, vamp-based and funky. Holland was also a member of Davis's working group during this time, unlike many of the musicians who would appear on the trumpeter's studio recordings. The so-called "lost quintet" of Davis, Shorter, Corea, Holland and Jack DeJohnette was active in 1969 but never made any studio recordings as a quintet. A 1970 live recording of this group plus percussionist Airto Moreira, Live At The Fillmore East (March 7, 1970) - It's About That Time, was issued in 2001. (Steve Grossman replaced Shorter in early 1970; Keith Jarrett joined the group as a second keyboardist thereafter, and Gary Bartz replaced Grossman during the summer of 1970.)

After leaving Davis's group, Holland briefly joined the avant-garde jazz group Circle with Chick Corea, Barry Altschul and Anthony Braxton. This started a long association with the ECM record label. After recording few albums with Circle, the group soon disbanded when Corea was replaced with Sam Rivers. 1972 saw the recording Conference of the Birds, with Sam Rivers, Altschul and Braxton – Holland's first recording as a leader, and the beginning of a long musical relationship with Rivers. The album itself is often mentioned being among the most important avant-garde jazz recordings. The title of the album is also the title of a 4,500 line epic poem by Persian Sufist writer, Farid al-Din Attar.

Holland worked as a leader and as a sideman with many other jazz artists in the 1970s, including Stan Getz, Chick Corea, Anthony Braxton, Sam Rivers, and the Gateway Trio with John Abercrombie and Jack DeJohnette. The Gateway trio released two influential modern jazz albums in 1975 and 1977, and reformed in 1994 for a recording session which yielded another two albums. While Holland has recorded solo and duo albums, the bulk of his recording and performance work has been in small- and medium-sized groups.

In the 1980's Holland left Rivers' group, and formed a variety of quartets and quintets, while continuing to occasionally work as a sideman for Herbie Hancock and others.

The most recent incarnation of the Dave Holland Quintet, formed in 1997, has won multiple Grammy nominations and awards. The quintet includes Robin Eubanks on trombone and cowbell; Steve Nelson on marimba and vibraphone; Chris Potter on saxophone; and Billy Kilson — and more recently, Nate Smith — on drums. Holland's band invariably includes young musicians and he is known for his patronage of many young jazz musicians. The quintet has also recorded as the Dave Holland Big Band, augmented by eight brass and saxophone players. The second Big Band recording, Overtime (2004) was released on Holland's own Dare2 record label.

Holland's trademarks as a composer include folk song-like motives, asymmetrical rhythms, and themes in two or more voices (usually trombone and saxophone).

There’s also another artist with the same name: