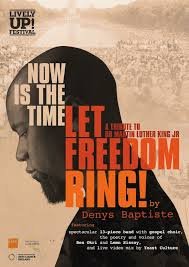 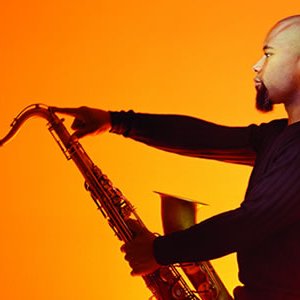 MERCURY MUSIC PRIZE: AN ALBUM OF THE YEAR 1999

A graduate of Tomorrow's Warriors, Denys Baptiste has carved out a successful career as a major artist and composer on the UK jazz scene. As well as being a brilliant saxophonist, Denys is known as a hugely talented composer whose music is highly accessible.

Be Where You Are (DUNECD03), his wonderful 1999 debut album, earned him a clutch of major music awards including An Album Of The Year in the Mercury Music Prize and the MOBO Award for Best Jazz Act. He followed this in 2001 with his second album, Alternating Currents (DUNECD05), also receiving great critical acclaim.

2003 saw the release of his third and most ambitious recording/touring project to date: Let Freedom Ring! (DUNECD010). In 2004, Denys became an official endorsee of Selmer Paris Saxophones.

Let Freedom Ring! is a suite commissioned by the Cheltenham International Jazz Festival in 2003 and written in four movements to commemorate the 40th anniversary of Dr Martin Luther King's momentous I Have A Dream oration. Denys combines contemporary jazz with rousing gospel, blues, Afro-Cuban music and the poetry of Booker Prize winner, Ben Okri to deliver a joyously uplifting, celebratory and totally accessible piece inspired by, and paying homage to, King's speech and its themes of freedom, justice and equality.

This exceptional work, nominated in 2004 for several awards, has received endless acclaim from critics and audiences alike. All shows, including those at the North Sea Jazz Festival in The Hague and at The Berlin Jazz Festival in Germany have received standing ovations with many people acclaiming Let Freedom Ring! as the best and most moving concert they have ever attended.

Baptiste's skill as a writer and bandleader bears comparison with Charles Mingus. Through the vision celebrated in Baptiste's hugely enjoyable music, the world could become a better place. THE TIMES

An imposing figure. Mr Baptiste is a jazz weathervane. THE NEW YORK TIMES