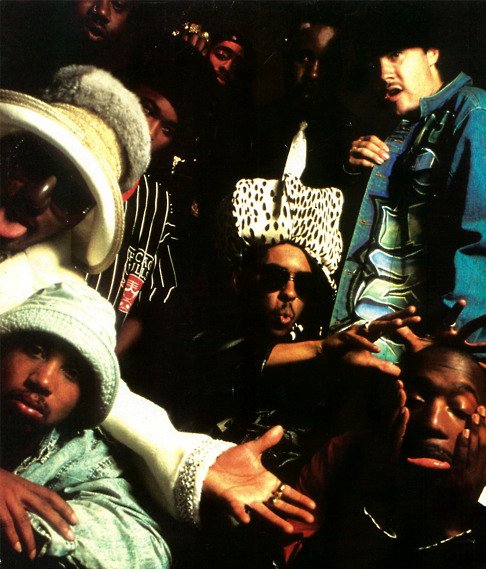 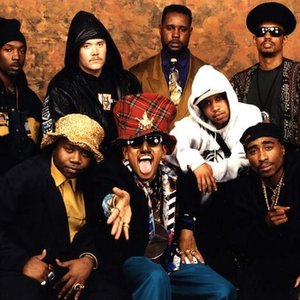 Shock-G could probably be called DU's center, their driving force, along with his Humpty Hump alter-ego. DJ Fuze, Money B, Schmoovy Schmoov, Chopmaster J, were some of the group's main members, and they were joined by many friends on their albums over the years.

Their third single, The Humpty Dance, from their 1990 debut album called Sex Packets, was their biggest commercial hit. It helped Sex Packets go platinum by the end of the year. Tupac Shakur (then simply 2Pac) got his start with the Underground's second release, 1991's This Is An EP Release. He went on to quite an impressive solo career. Sons Of The P was released later that year, a full-length album with even heavier P-Funk influence abound. This album would go gold, with help from its biggest single, Kiss You Back. 1993 would see the release of The Body-Hat Syndrome, as well as a big shift in the hip hop world towards the previously mentioned Dr. Dre's G-funk style of 'gangsta rap' music. This shift would see a decline in Digital Underground's fan base, and it would take three years and a record label switch before we would see the return of the Underground, with Future Rhythm in 1996. It barely lasted three weeks on the charts. Rather surprising, since this album had a number of very strong songs, such as Oregano Flow, Walk Real Kool, and Food Fight. And 1998 would bring us the last official Digital Underground album, Who Got The Gravy?, which also has many very strong tunes. Also some well-known guests, including KRS One, Big Pun, and Biz Markie. Wind Me Up, The Mission, and Holla Holiday are among its strengths. They would release The Lost Files in 1999, a collection of tracks that were previously unreleased, sounding as strong as any of their albums.

That would bring an end to the Underground, as it was. One might guess that poor promotion may have been the reason behind their demise, they certainly released some very strong material. Shock-G returned as a solo artist in 2004 with Fear Of A Mixed Planet, reprising his Humpty Hump character on some tracks.

They still regroup and tour as Digital Underground as recent as 2005/6.