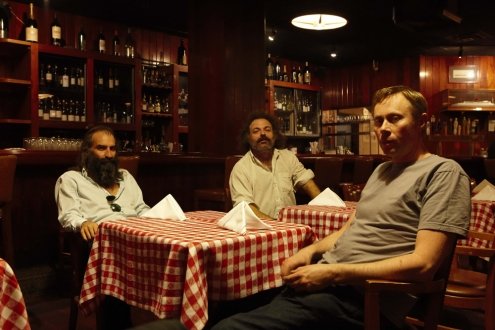 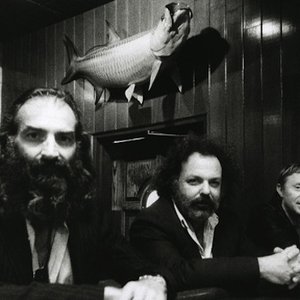 During their career the group have spent much of their time overseas, when not performing together Turner is based in Melbourne, White lives in New York, and Ellis in Paris.

The trio released their debut 'Sad & Dangerous', and eponymous album in 1995, albums representative of a trio finding their sound, their experimentality and more raucous side of their music. The albums that followed- 'Horse Stories', 1997, 'Ocean Songs', 1998 and 'Whatever You Love, You Are', 2000, 'She Has No Strings Apollo', 2003, offered definitive moments of the trio's career. 'Cinder', released in 2005, essentially continued musical traits developed in their previous albums, and although it continues in the spirit of 'Ocean Songs', 'Cinder' differs and diverges from their previous works in that it includes new instruments and, for the first time in their career, lyrics. The arrangements are generally shorter and more concise than those on their earlier albums. Perhaps most notably, instead of the usual recording live technique, they opted for the first time in their career to record in the studio individually.

The band featured in the 2006 film chronicling the Meredith Music Festival, outside Melbourne. In 2007, a documentary of the Dirty Three, simply called, The Dirty Three was released, and was screened at the Melbourne International Film Festival. The band also featured in the 2009 documentary film, All Tomorrow's Parties, chronicling APT since the inaugural festival ten years ago.

Warren Ellis is also a member of the group Nick Cave and the Bad Seeds and releases solo material. Mick Turner has also released solo albums, and has worked together Jim White to release under the name Tren Brothers. The pair have also worked on recordings by Cat Power and Will Oldham, as session musicians, and as backing musicians on tours. Mick Turner is also an internationally exhibited painter with his own work gracing the covers of all of their major albums except Sad & Dangerous. He also runs the band's own record label Anchor & Hope. In 1999, Dirty Three collaborated with Low to record in session.