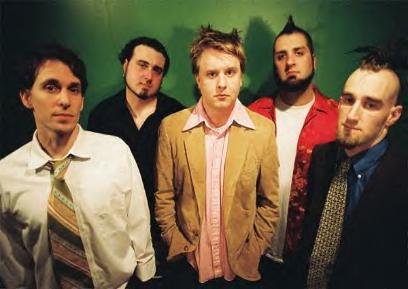 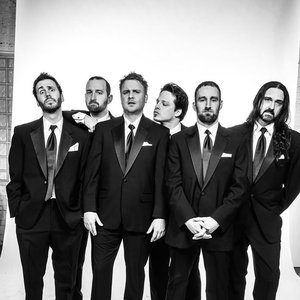 Dog Fashion Disco is an avant-garde band from Baltimore that was formed in 1995. They are notable for combining many different music styles (70's psychedelic, jazz, piano recital, circus music and vocals, film-noir, hardcore, ska, among others) they were, however, primarily considered a metal band. They are often referred to as DFD and were originally called Hug the Retard, but changed their name to Dog Fashion Disco before releasing any material, as they felt the name Hug The Retard was too politically incorrect and might cost them fans. Also of note is the fact that they recorded a track with System of a Down frontman, Serj Tankian, called "Mushroom Cult" on the album Anarchists of Good Taste, and often wrongly attributed to System of a Down, even though Serj Tankian was the only member to perform on the track.

Adultery was released in 2006 through Rotten Records, as their 6th studio album (5th, if you don't include the extremely limited release of Erotic Massage and their live album, The City is Alive Tonight). Baltimore’s Dog Fashion Disco call it “Movie Metal” and have not only outdone themselves, but have created a concept record to fold, spindle, and mutilate all of the aural senses. Adultery delves into the life of an ordinary suburban family man and walks you through his folding to his own dark demons. Lock Quentin Tarantino, Charles Bukowski and Humphrey Bogart in a room with guitars, drums and a few bottles of Absinthe and what you would find closely resembles the genius of Adultery.

Dog Fashion Disco released a statement on their myspace on the 5th Of December 2006, stating that they were calling the end of their run. Their "final" show was played on January 13, 2007, although since then they have "reunited" on multiple occasions for Polkadot Cadaver shows to play some songs.

Todd Smith, Jasan Stepp and John Ensminger of Dog Fashion Disco moved onto their project Polkadot Cadaver, and have released one album and have another one in the works thus far. The style of Polkadot Cadaver is similar to DFD in many ways.

In 2014, DFD decided that being broken up was dumb, and started an Indiegogo campaign to raise money for a new album. The fans ponied up in a big way, and the band raised just over $85,000. With that amount of money being raised, DFD are able to record 2 albums, make a big budget video, and do a small tour of the U.K., for the first time in a long while. The new album, Sweet Nothings, is being released July 22nd, 2014 via Rotten Records.

Their latest album is 'Experiments in Embryos', released July 7th, 2018, through RazorToWrist is available through the Apple music, Spotify, Amazon, and iTunes.