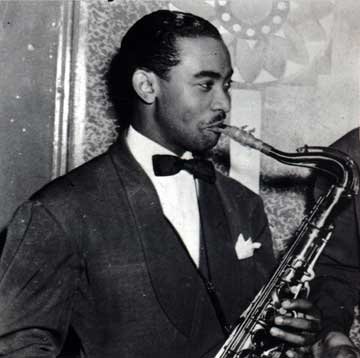 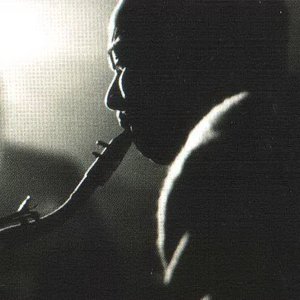 Carlos Wesley (Don) Byas (October 21, 1912–August 24, 1972) was a jazz tenor saxophonist born in Muskogee, Oklahoma, in the United States. Although his long residence in Europe kept him out of the public eye in the United States, he is a significant influence on later players of his instrument.

Early life (1912-1932)
Both of Byas' parents were musical: his mother played the piano and father the clarinet. Byas started his training in classical music, first on the violin, then on the clarinet and finally on the alto saxophone, which he played until the end of the 1920s. Multi-instrumentalist Benny Carter was his idol at this time. He started playing in local orchestras at the age of 17, with the likes of Bennie Moten, Terrence Holder and Walter Page’s Blue Devils. At Langston College, Oklahoma, he founded and led his own college band, "Don Carlos and His Collegiate Ramblers", during 1931-32.

West Coast (1932-1937)
Byas switched to the tenor saxophone after he moved to West Coast and played with various Los Angeles bands. In 1933, he took part in a West coast tour with Bert Johnson’s Sharps and Flats. He worked in Lionel Hampton’s band at the Paradise Club in 1935 along with the reed player and arranger Eddie Barefield and the trombonist Tyree Glenn. He was a member of various other bands in the area including those of Eddie Barefield, Buck Clayton (1936), Lorenzo Flennoy and Charlie Echols.

New York (1937-1946)
In 1937, Byas moved to New York to work with the Eddie Mallory band, accompanying Mallory’s wife, the singer Ethel Waters, on tour and at the Cotton Club. He had a brief stint with arranger Don Redman's band in 1938 and later in 1939-1940. He recorded his first solo in May 1939: "Is This to Be My Souvenir" with Timme Rosenkrantz and his Barrelhouse Barons for Victor. He played with the bands of such leaders as Lucky Millinder, Andy Kirk, Edgar Hayes and Benny Carter. He spent about a year in Andy Kirk’s band, recording with him between March 1939 and January 1940, including a beautiful short solo on "You Set Me on Fire". In September 1940, he had an 8 bar solo on "Practice Makes Perfect" recorded by Billie Holiday. He participated in sessions with the pianist Pete Johnson, trumpeter Hot Lips Page, and singer Big Joe Turner. In 1941 at Minton's Playhouse he played with Charlie Christian, Thelonious Monk and Kenny Clarke in after hours sessions.

In early 1941, after a short stay with Paul Bascomb, he had his big break when Count Basie chose him to succeed the post of Lester Young in his big band.

"Harvard Blues", Jimmy Rushing’s vocal version of George Frazier’s tune, recorded November 17
July 24, 1942, small group session with Buck Clayton, Count Basie, and his rhythm section (Freddie Green, Walter Page, Jo Jones) recording "Royal Garden Blues" and "Sugar Blues"
August 1942 went to Hollywood with Basie's band to record for the film Reveille with Beverly
January 1943, another film Stage Door Canteen
November 1943, last recording with Basie
Started to play in small bands in New York clubs
He played with Coleman Hawkins at the Yacht Club (1944)
Associated with beboppers such as Dizzy Gillespie, Charlie Parker, George Wallington, Oscar Pettiford and Max Roach at the Onyx Club from early 1944
Recorded with the above under Coleman Hawkins six sides, which are said to be the first bebop recordings: "Woody 'n You", February 16 and 22, 1944.
May 1944, shared tenor duties with Hawkins in the latter's "Sax Ensemble"
with Gillespie, recorded "Be-Bop", "Good Bait" and "Salt Peanuts", January 1945 for Manor records
Mary Lou Williams, Benny Goodman, Hot Lips Page
May 1944 leader of his own band, performances at the "Three Deuces"
Recorded for small labels (Savoy, Jamboree, National, Disc, Arista, Super, American, Hub, Gotham)
Had a hit with "Laura" by David Raksin, the title tune of Otto Preminger's movie of the same name (1944)
Despite his bebop associations, Byas always remained deeply rooted in the sounds of swing. He started out by emulating Coleman Hawkins, but Byas always cited Art Tatum as his greater influence: "I haven't got any style, I just blow like Art".

Paris (1946-1961)
In September 1946, Byas went to Europe to tour as one of the stars in Don Redman's big band. The expedition has taken the band through Denmark, Belgium, Switzerland, and Germany. They were the first all black American orchestra to appear in the French capital since the liberation. Byas, like some others in Redman's orchestra, forgot to return across the Atlantic. After a few bookings took him to Belgium and Spain, he finally settled in Paris, and was given a chance to record almost immediately.

While still in Geneva he recorded "Laura" and "How High the Moon". In December 1946 he recorded for the first time in France, with Redman, Tyree Glenn and Peanuts Holland.

Recorded for the Swing and Blue Star labels (January 1947) working with Eddie Barclay.

The years 1947 and 1948 found Byas in Barcelona, where he moved to enjoy the lower cost of living and the thriving atmosphere. He met many friends and had plenty of work. The pianist Tete Montoliu sneaked into the Copacabana Club in Barcelona to hear the great saxophone player. Byas was at the top of his form in these years, performing with Bernard Hilda's orchestra (August 1947), Francisco Sanchez Ortega, and Luis Rovira.

From 1948 onwards, Byas became a familiar figure not only around the Saint-Germain-des-Prés in Paris, but also on the Riviera, where he could be seen in Saint-Tropez sporting a mask, tuba, flippers and an underwater spear-gun. The tenor found work, could record regularly and had many friends. They adored not only his musical talent but also his skills at the pool table, as a sportsman (fishing and diving) and a chef who dished up Louisiana-style menus to the numerous admirers (mostly ladies) that would be found around this real bon vivant.

When Mary Lou Williams went to live in Paris from 1952 to 1954, the two of them renewed the friendship they formed when they played together in the Andy Kirk band in 1939-40 and later in 1944. They recorded together on Vogue in 1953. Byas also recorded with Beryl Booker in the same year.

Later life (1961-1972)
Byas relocated to the Netherlands and married a Dutch woman. He worked extensively in Europe, often with such touring American musicians as Art Blakey, Kenny Clarke, Duke Ellington, Gillespie, Jazz at the Philharmonic, Bud Powell, and Ben Webster. He also recorded with fado singer Amália Rodrigues during his time in Europe. Byas did not return to the U.S. until 1970, appearing at the Newport Jazz Festival.

He died in Amsterdam, of lung cancer.

Trivia
Byas' tenor saxophone (bought from his widow) is on display at Rutgers University's Institute of Jazz Studies.