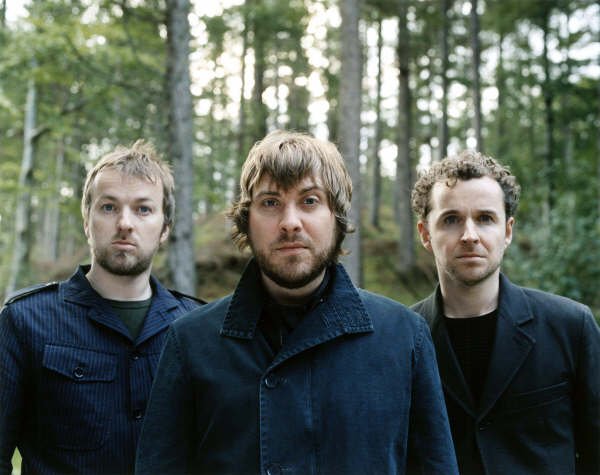 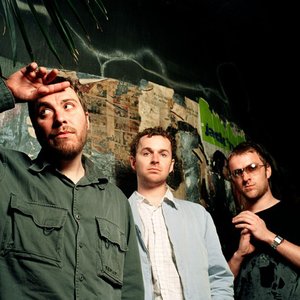 Doves is an alternative rock band from Manchester, United Kingdom consisting of Jimi Goodwin (vocals, bass) and twin brothers Jez Williams (guitar) and Andy Williams (drums). They are joined on stage by Martin Rebelski (keys). They are known for their large, epic sound, which combines dovetailing guitar lines with driving percussion and a penchant for atmospherics. Unusually, both Williams brothers have also contributed lead vocals.

Originally formed in 1988 as Sub Sub, a dance act who coincided with the rise of the Hacienda and the rave scene from Manchester expanding outwards, they enjoyed moderate success for seven years including the hit single "Ain't No Love (Ain't No Use)" (#3 UK), before suffering the disaster of their studio burning down in 1996, taking all their current recordings with them. The experience, tragedy and pressure of that would inspire their name-change, in 1998, to Doves, and ultimately their first full-length album, Lost Souls released in April 2000. "Lost Souls" was a dark, atmospheric effort, full of brooding keyboards and claustrophobic light grooves, yet charted at number 13, mainly due to the top 40 singles, "The Cedar Room", "Catch The Sun" and "The Man Who Told Everything".

Two years later, Doves enjoyed their commercial and critical peak with their second album, The Last Broadcast, which charted at number 1 in the UK charts, spawning a hit single, "There Goes The Fear", which reached number 3 in the chart. "The Last Broadcast" was characterised by huge, spacious recordings, and an overall feeling of euphoria and relief. Two more singles, "Pounding" and "Caught By The River" both charted inside the top 40, and in the summer of 2003, Doves headlined the Other Stage on the last night of the Glastonbury Festival.

Recording problems and writers' block delayed the emergence of their third album, Some Cities, until Spring 2005. This was a return to the more claustrophobic sounds of their debut, though still featured the top 10 single "Black & White Town". "Some Cities" sold well, debuting at #1 on the UK chart, and received some of the band's strongest reviews to date.

2009 saw the release of 'Kingdom of Rust' and a tour to support, soon followed by 'The Places Between', a greatest hits album - also released as a double album with DVD compilation of singles, non-single releases and remixes.

The band is on a break from recording, according to an interview with The Daily Record. Jimi Goodwin stated: "It's nice just to have a bit of breathing space… We just wanted to get off that whole album-tour-album-tour treadmill. None of us are ready to face going into the studio for another two years. This is wiping the slate clean, we have nothing else in the vaults now. That is it. Whatever we do from now on will be a new start."

On 2 October 2012, EMI International released a Doves anthology titled 5 Album Set featuring all four studio albums from Lost Souls to Kingdom of Rust and the 2003 re-issue of Lost Sides.
It has been announced that Jimi Goodwin will support British band Elbow on their Spring 2014 tour of the United Kingdom.