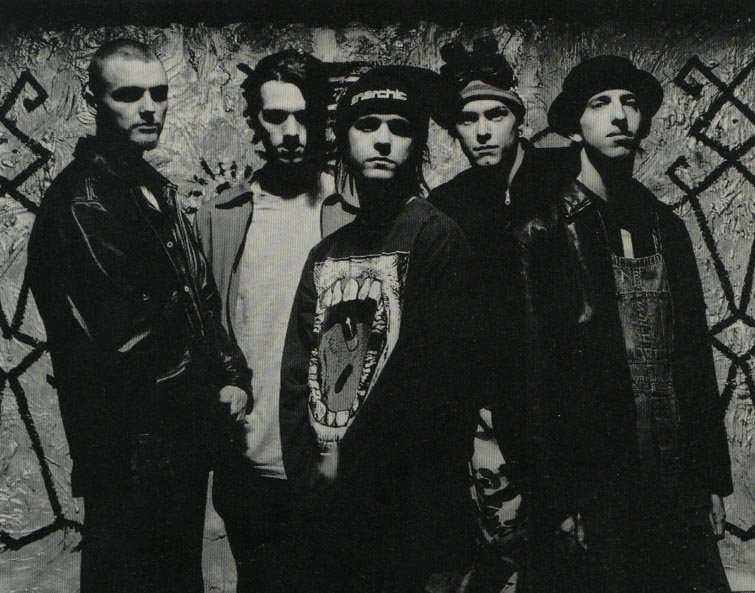 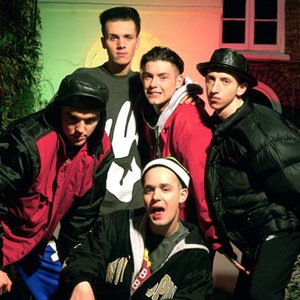 EMF were an indie/alternative dance band that formed in the Forest of Dean, Gloucestershire, England in 1989. Best known for their 1990 hit "Unbelievable", the band consisted of James Atkin (vocals, guitar), Ian Dench (guitar, keyboards), Derry Brownson (keyboard, samples), Zach Foley (bass) and Mark Decloedt (drums). The band originally disbanded in 1997 and reformed in 2001. Foley died of a drug overdose in January 2002 and the band only played four more shows that year before disbanding once more. The band re-formed for a second reunion in 2007, which ended in May of 2009.

The baseball-capped, baggy-shorted EMF– standing for either 'Epsom Mad Funkers' or, in the words of their eponymously titled song, 'Ecstasy Mother Fuckers' (the band could never quite make up their minds)– made their first attack on the U.K. music scene in the autumn of 1990 with the Jesus Jones-influenced Top 10 single "Unbelievable." Sampling hard-hitting U.S. comic Andrew Dice Clay, the single was a catchy pop pile-up featuring fresh-faced vocalist James Atkin's sneery schoolboy vocals, band leader Ian Dench's swaggering rock guitar and a booming bassline, courtesy of Zac Foley. mischief-maker Derry Brownson (keyboards), and Mark Decloedt (drums).

The new social scene of 'Madchester' had exploded in 1990, and every previously no-hoper band with half an idea sold their souls to hitch a ride on the ensuing 'indie dance' bandwagon. EMF's ideas were better formed than most, despite the fact that they had been signed by a major label (EMI/Parlophone) after only a handful of gigs. Denounced as beered-up party animals by some and cider-drinking country bumpkins who'd struck lucky by others, the group cultivated a hedonistic young upstart image that ensured that they felt as at home on the cover of Smash Hits as they did the NME.

Steered through these giddy times by the older, somewhat Svengali-like figure of guitarist and songwriter Dench, who had already enjoyed previous limited success with the band Apple Mosaic, the quintet quickly dispatched identikit follow-up singles in "I Believe" and "Children," with little drop in quality or commercial impact. By this stage, "Unbelievable" was breaking the band in the U.S., but their debut single's worldwide success was to hang heavy on their shoulders in years to come. In May 1991, EMF released their debut album, titled 'Schubert Dip' ("If ever I'm short of a chord sequence, I nick one from Schubert", Dench was quoted as saying), which contained all the band's singles to date and already felt like a greatest hits collection. Similarly it topped the charts, although the fourth single, "Lies," like much of the rest of the album (with the possible exception of the slower tune "Girl of an Age"), paled in comparison with their initial batch of exuberant singles. It also drew attention from Yoko Ono's lawyers, who objected to the single's use of a sample of John Lennon lyrics recited by her husband's murderer, Mark Chapman.

With 'Schubert Dip' becoming a million-selling album, the group's members were international superstars, the album hitting #12 on the Billboard 200 in the U.S. while tracks such as the aforementioned I Believe" and "Lies" being Top 40 American hits as well. The band then took to hanging out in L.A. with such luminaries as Perry Farrell of Jane's Addiction, getting tattoos, getting high and talking big about making a 'real' rock record. When second album 'Stigma' appeared in late 1992, heralded by the noisy single "They're Here" and the 'Unexplained' EP (containing a rowdy cover of seminal proto-punk band the Stooges' "Search and Destroy"), it was interpreted by many as a deliberate attempt by EMF to distance themselves from their teenage fan base.

Though they may have won some respect from the critics by going for a harder, less straightforward sound, the album wasn't received as well as hoped, sliding quickly out of the charts and selling only a fifth of its predecessor's total. The limitations of Atkin's voice were also readily apparent against the crunchier guitar backing. Perhaps the band had been partying too hard and simply forgot to write some tunes; "Around the time of Stigma, I was pumping myself full of anything", bassist Foley would later admit. At any rate, listeners that had bought into the band's ethos of catchy pop meets indie-fueled dance music flocked to other groups, and the band's success had been crippled.

With the band either touring or doing nothing during 1993–94, there was a hiatus in the group's recording career, and many assumed that EMF had simply split up until the single "Perfect Day" appeared from nowhere in early 1995. Though it was the band's breeziest, grooviest single for a long while, it failed to recapture their previous fortunes. The album that followed, 'Cha Cha Cha'– from which Massive Attack/Neneh Cherry producer Johnny Dollar had walked out during the sessions– stubbornly refused to shift units. "Bleeding You Dry", the next single to be pulled from the album, seemed titled perversely appropriate.

The summer of 1995 saw the band abandoning promotion of 'Cha Cha Cha' and teaming up with comics Vic Reeves and Bob Mortimer on a quirky cover of The Monkees' pop rock hit "I'm a Believer". Although this commercial move ensured the band appeared on Top of the Pops again– wearing gaudy Mike Nesmith wigs and miming badly no less– many critics smelled the stench of desperation. Their self-promoted follow-up, "Afro King", seen in some quarters as a return to their alternative dance origins, and in others as too little too late, failed to do as well. Though influencing many later British rock groups, said groups had very well eclipsed them completely. The band were subsequently dropped by their label and, with no other offers forthcoming, called it a day.

In 2001, EMF reformed and released a greatest hits album. They played a number of comeback shows in the UK, and even sold out the London Astoria in June of 2001. However, on January 3, 2002, Foley died due to an overdose of heroin, cocaine, ecstasy, barbiturates and alcohol. He was aged 31. The remaining members of EMF played just four more gigs in late 2002, before deciding to split up for the final time. Still, sporadic reunions have taken place since then, although with the band's future still murky.