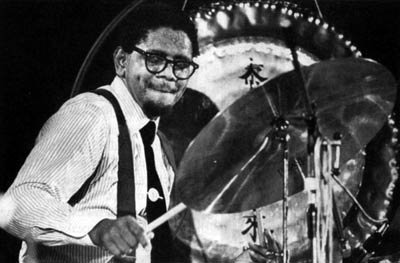 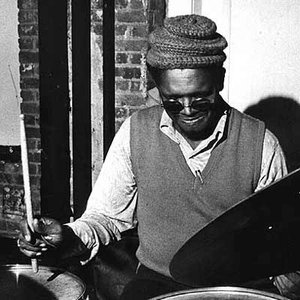 Ed Blackwell (October 10, 1929 – October 7, 1992) was an American free jazz drummer born in New Orleans, Louisiana. While album credits typically listed him as "Ed Blackwell," he preferred to be called Edward. Most of his close associates, including his wife, simply called him "Blackwell" most of the time.

Blackwell's early career began in New Orleans in the 1950s. He played in a bebop quintet that included pianist Ellis Marsalis and clarinetist Alvin Batiste. There was also a brief stint touring with Ray Charles. The second line parade music of New Orleans greatly influenced Blackwell's drumming style and could be heard in his playing throughout his career.

Blackwell first came to national attention as the drummer with Ornette Coleman 's quartet around 1960, when he took over for Billy Higgins in the quartet's legendary stand at the Five Spot in New York City. He is known as one of the great innovators of the free jazz of the 1960s, fusing New Orleans and African rhythms with bebop. In the 70's and 80's Blackwell toured and recorded extensively with fellow Ornette Quartet veterans Don Cherry, Charlie Haden, and Dewey Redman in the quartet Old and New Dreams.

In the late 70's Blackwell became an Artist-in-Residence at Wesleyan University in Middletown, CT. Blackwell was a beloved figure on the Wesleyan Campus until he died. He and his drumming students would greet each other by one calling out "What it be like?" and the other responding "What it is!"

After years of kidney problems, Blackwell died in 1992. The following year he was inducted into the Down Beat Jazz Hall of Fame.