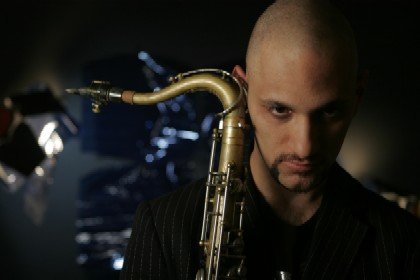 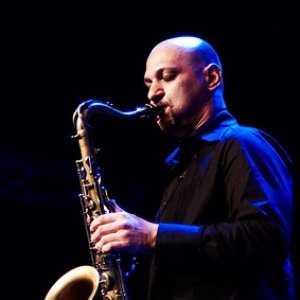 Born in Israel in 1978 Eli’s musical career began at the age of 7 when he started playing the mandolin. At the age of 10, Eli picked up the alto saxophone and switched to tenor sax at the age of 15. Eli attended the Thelma Yellin a performing arts high school. At age 16, the Berklee School of Music conducted the World Tour Audition in Israel and Eli was offered a scholarship to attend the Berklee Summer Music Program in Boston that same year. He won the WTA at age 17 and spent another summer at Berklee. Following his consecutive WTA wins, Eli was offered a full scholarship to attend Berklee which he started in 1997 at the age of 18.

After a few months at Berklee, Eli was encouraged to audition to the Thelonious Monk Jazz Institute (held at the New England Conservatory in Boston). He was among six other musicians who were invited to attend the Institute’s two-year college program “for a select group of the world's most gifted musicians”. During his studies with the Monk Institute he was privileged to study with the world’s most talented jazz musicians. He also toured with the group in 1998 representing the US in the “Summit of the Americas”.

In 1999, Eli graduated the Monk Institute with Honors and was signed by Herbie Hencock to tour with The Herbie Hancock Sextet for two and a half years. Following his tour in the USA, Europe, Japan and South America Eli formed his own quintet and began performing extensively worldwide working with great sidemen Aaron Goldberg, Ben Street, Kurt Rosenwinkel, Jeff Ballard and others.

Mr. Degibri regularly performs and tours with legendary drummer Al Foster, and also played with the Mingus Big Band, the Eric Reed Quintet, and Brazilian drummer Paolo Braga and performed as a guest artist with the Ron Carter Quartet.