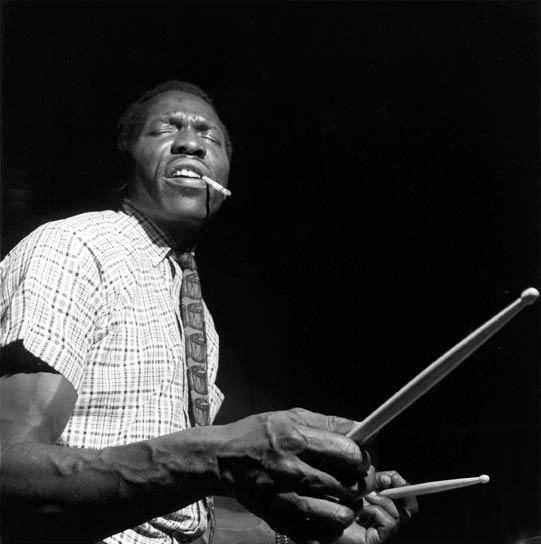 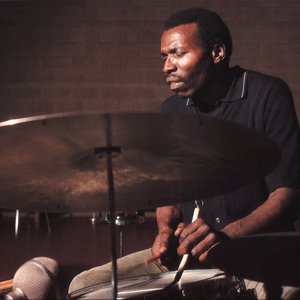 Elvin Ray Jones (September 9, 1927 – May 18, 2004) was a jazz drummer. Elvin began playing professionally in the 1940s, working with the Army Special Services program, Operation Happiness, and in 1949 had a short-lived gig in Detroit's Grand River Street club. Eventually he went on to play with artists such as Charlie Parker, Miles Davis, and Wardell Gray. In 1955, after a failed audition for the Benny Goodman band, he found work in New York, joining Charles Mingus's band, and releasing a record called J is for Jazz.

In 1960, he joined with the classic John Coltrane Quartet, which also included bassist Jimmy Garrison and pianist McCoy Tyner. Jones and Coltrane often played extended duet passages, both giving and taking energy through their instruments. This band is widely considered to have redefined "swing" (the rhythmic feel of jazz) in much the same way that Louis Armstrong, Charlie Parker et al did during earlier stages of jazz's development. He stayed with Coltrane until 1966. By that time, Jones was not entirely comfortable with the direction Coltrane was moving in and his polyrhythmic style clashed with the "multidirectional" approach of the group's second drummer, Rashied Ali.

After leaving the Coltrane group, Jones played with Duke Ellington, and eventually formed his own touring group. Jazz Machine, normally a quintet, continued in the same musical direction. His sense of timing, polyrhythms, dynamics, timbre, and legato phrasing - as well as the sheer mass of sound he produced - brought the drumset to the fore. Jones was touted by Life Magazine as "the world's greatest rhythmic drummer", and his free-flowing style was a major influence on many leading rock drummers, including Mitch Mitchell (whom Jimi Hendrix called "my Elvin Jones") and Ginger Baker.