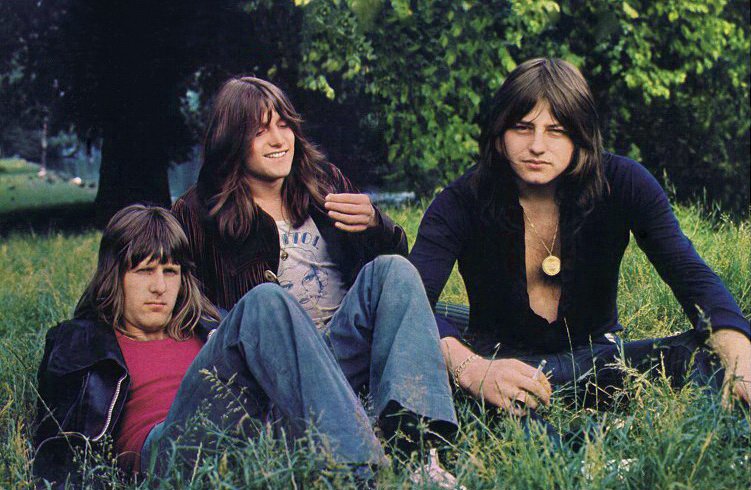 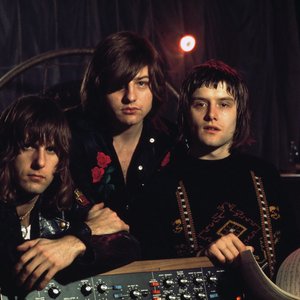 Emerson, Lake & Palmer, also known as ELP, were an English progressive rock supergroup which was formed in 1970 in England, United Kingdom. They found success in the 1970s and have sold over forty million albums and headlined large stadium concerts. The band consisted of Keith Emerson (keyboards), Greg Lake (bass guitar, vocals, guitar) and Carl Palmer (drums, percussion). They are one of the most popular and commercially successful progressive rock bands.

The ELP sound is dominated by the Hammond organ and Moog synthesizer of the flamboyant Emerson. The band's compositions are heavily influenced by classical music in addition to jazz and – at least in their early years – hard rock. Many of their pieces are arrangements of, or contain quotations from, classical music, and they can be said to fit into the sub-genre of symphonic rock. However, Lake ensured that their albums contained a regular stream of simple, accessible acoustic ballads, many of which received heavy radio airplay. Lake, besides providing vocals, bass guitar, electric guitar and lyrics, also produced the band's first five albums.

On two occasions in 1969, The Nice (with Keith Emerson on keyboards) and King Crimson (with Greg Lake on vocals and bass) shared the same venue, first on 10th August 1969 at the 9th Jazz and Blues Pop Festival in Plumpton, England, and on 17th October 1969 at Fairfield Hall in Croydon, England. After playing at a few of the same concerts, Emerson and Lake tried working together and found their styles to be not only compatible but complementary. Emerson wanted to make the "best damned three-piece band in the world", and thought the line-up of The Nice (keyboard, bass, drums) was the way to go.

Before settling on drummer Carl Palmer (formerly Atomic Rooster, The Crazy World of Arthur Brown), they approached Mitch Mitchell of the Jimi Hendrix Experience; Mitchell was uninterested but passed the idea to Jimi Hendrix. Hendrix, tired of his band and wanting to try something different, expressed an interest in playing with the group; the British press, after hearing about this, speculated that such a supergroup would have been called "Hendrix, Emerson, Lake & Palmer", or HELP. Due to scheduling conflicts such plans were not immediately realised, but the initial three planned on a jam session with Hendrix after their début at the Isle of Wight Festival, with the possibility of him joining. Hendrix died shortly thereafter, so the three pressed on as Emerson, Lake and Palmer.

Their first four years were a creatively fertile period. Lake produced their first six albums, starting with Emerson, Lake and Palmer (1970), which contained the hit "Lucky Man" featuring Emerson's first experiments with Moog. Tarkus (1971) was their first successful concept album, described as a story about "reverse evolution". The March 1971 live recording (Newcastle, U.K.) of the band's interpretation of Modest Mussorgsky's Pictures at an Exhibition was issued as a low-priced record, the success of which contributed to the band's overall popularity. The 1972 album Trilogy contained ELP's best-selling single to date, the understated "From the Beginning".

In late 1973 Brain Salad Surgery, with an eye-catching sleeve designed by H.R. Giger, was released and became the band's best-known studio album. The lyrics were partly written by Peter Sinfield, who was the creator of the King Crimson concept and lyricist for their first four albums. The subsequent world tours were documented with a massive three-LP live recording, "Welcome Back My Friends to the Show That Never Ends".

Their best known early performance had been a relatively modest show at the August 1970 Isle of Wight Festival, one of the last of the great Woodstock-era festivals. At the end of their set, Emerson and Lake lit two cannons either side of the stage. By April 1974, ELP were joint headliners of the California Jam Festival, and completed the concert when co-stars Deep Purple elected to go on stage first. ELP's California Jam performance was broadcast nationwide in the US and is often seen as the summit of the band's career.

After taking a break, the band began working with an orchestra and released Works Volume 1 in 1977 to mixed reviews. The album contained the band's signature tune, "Fanfare for the Common Man", reaching number two in the British charts. However, punk rock had began influencing the music scene, and the progressive rock giants of the time were suffering as a result. Rifts within the band were beginning to show, and the following albums, Works Volume 2 and Love Beach (both released in 1978) were mainly made to finish their record contract. They released Works Live in 1979 with the orchestra, but touring was overly expensive and so the orchestra were dropped half way through the tour.

The band split in 1979, with each member doing his own thing. Carl Palmer joined Asia and had commercial success. In 1985 Emerson and Lake wanted to reform, but with Palmer in Asia, they tried out other drummers such as Simon Phillips, but settled on Cozy Powell. Emerson, Lake & Powell released one self-titled album in 1986.

Since then the original ELP have reformed in 1991 and released two studio albums: Black Moon (1992) and In the Hot Seat (1994). Neither albums were critically acclaimed, but the band still managed to sell out venues as they toured the world. The band split again in 1998.

On 25 July 2010, ELP reunited for a single show to commemorate their 40th anniversary. But this reunion was only to celebrate their anniversary and after that show they split again in 2010.

Emerson died on 11 March 2016 in Santa Monica, California, of a self-inflicted gunshot wound to the head. His body was found at his Santa Monica home. Following an autopsy, the medical examiner ruled Emerson's death a suicide, and concluded that he had also suffered from heart disease and from depression associated with alcohol. According to Emerson's girlfriend Mari Kawaguchi, Emerson had become "depressed, nervous and anxious" because nerve damage had hampered his playing, and he was worried that he would perform poorly at upcoming concerts and disappoint his fans.
Lake died in London on 7 December 2016, at the age of 69, after suffering from cancer. His manager announced the news on Twitter, describing Lake's battle with the illness as "long and stubborn". Numerous fellow musicians paid tribute, including Rick Wakeman, Steve Hackett, Ringo Starr, John Wetton, and ELP drummer Carl Palmer. With Lake's death and that of Keith Emerson earlier in 2016, Palmer is the last surviving member of the group.