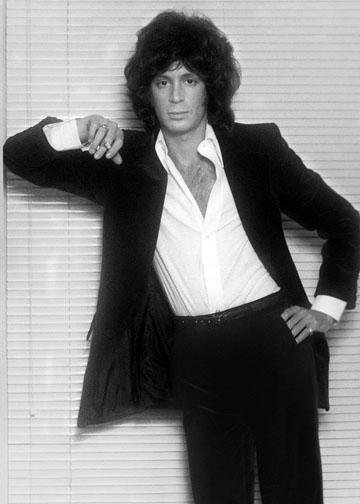 Eric Carmen (former vocalist of The Raspberries) is a pop/rock musician and singer-songwriter well known for his first single "All By Myself" (released in 1976) and his 1987 comeback single "Hungry Eyes" (written by J. DeNicola and F. Previte for the iconic 'Dirty Dancing' soundtrack). The former, a smooth ballad, was penned by Carmen based on a classical theme by Sergei Rachmaninoff. It was more recently covered by Celine Dion and also used in the opening scene of the movie 'Bridget Jones' Diary'.

Besides his successful solo career, Carmen's also known as one of the rock n rollers behind the Cleveland, Ohio based band The Raspberries. As lead vocalist and co-songwriter, he helped the group gain big popularity in the 70s through arena-ready hits such as "Go All the Way" and "Tonight", with the band becoming a cult figure among power pop fans. Carmen reunited with Raspberries producer Jimmy Ienner to be a part of the 'Dirty Dancing' soundtrack, a commercial juggernaut that achieved massive success and was RIAA certified multi-platinum. Carmen's song "Hungry Eyes" reached the top 40 charts in Canada, Germany, the U.S., and elsewhere while attracting critical acclaim. Over the years, Carmen's work has been praised by many of his fellow musicians including Bruce Springsteen and Ringo Starr among others.