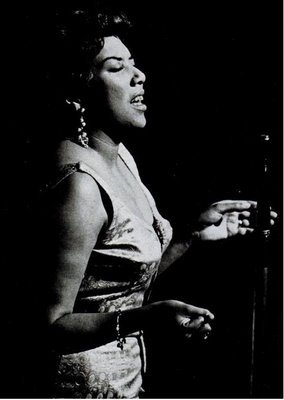 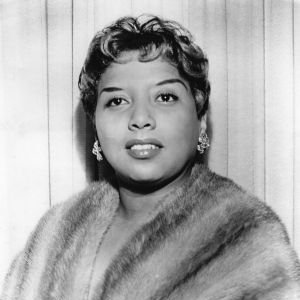 Etta Jones (November 25, 1928 – October 16, 2001) was an American jazz singer whose critical success and relative commercial obscurity (she never had a hit record) earned her a reputation in her lifetime as a "jazz musician's jazz singer".

She is noted for her elegant interpretations of standards, ballads, and blues. Her characteristic inflections have sometimes prompted comparisons to stylistic devices employed by Billie Holiday and Ella Fitzgerald. Jones' recordings, particularly her debut record (Don't Go To Strangers, 1960), have earned wide admiration in a new generation of listeners.

Jones had a musical partnership of more than thirty years with tenor sax player Houston Person, who received equal billing with her. He also produced her albums and served as her manager.

Jones was born in Aiken, South Carolina, and raised in Harlem. She died at the age of 72 from cancer. She was survived by her husband, John Medlock, and a granddaughter.