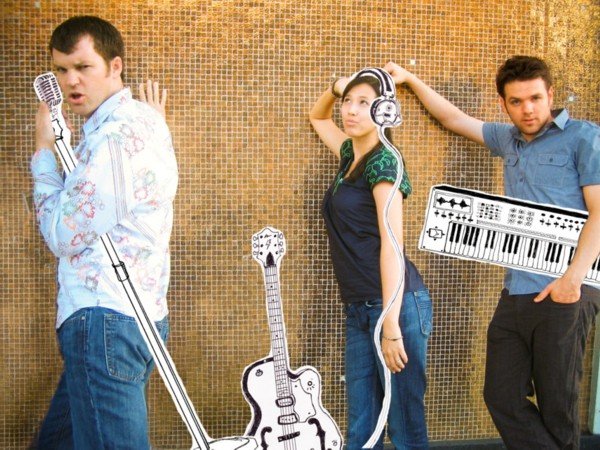 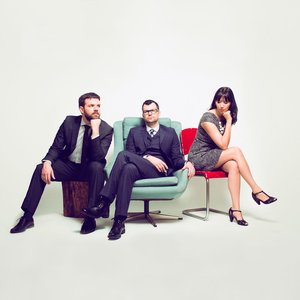 Bands typically break up after college. People move away, grow apart, or just shrivel up and get jobs. It was good while it lasted, right? But what happens when the music is so good, the band’s listeners so devout, the ambition to keep creating so strong that even the time-draining power of day jobs can’t get in the way? Such is the story of Faded Paper Figures, whose “day jobs” are not exactly easy gigs: Heather Alden is in residency after graduating from medical school (a real doctor!), John Williams is a full-time professor of English at Yale (just published his first book), and Kael Alden writes music for a production company in Los Angeles called Robot Repair (his music appearing in several Hollywood films, TV shows, video games and ads). How did all this come together? And how do they possibly keep it all going?

Kael and Heather married in 2005, and shortly thereafter moved to Irvine, CA, where they met John Williams, who was also in the area doing a PhD in comparative literature at UC Irvine. Heather was studying biology, and Kael was already hard at work creating music for film and TV projects. One afternoon in the fall of 2007, looking for a distraction from writing his dissertation, John suggested to Kael and Heather that they write some music together. Within three weeks they had written a few songs, and put them up online (on ye olde Myspace). The response from listeners was fast and overwhelming, so much so that they were motivated to continue writing and release a full album, Dynamo, in 2008. After playing some shows in southern California, the band won “Best Electronic Band” at the OC Music Awards, and was listed by the New York Post as a “new music must-have.” NPR called the band’s debut album “clever, intriguing . . . even beautiful.”

When John graduated and got a job at Yale, and Heather was accepted to medical school at UCLA, the band realized they’d either have to carry on via long-distance songwriting, or else end the band. With Dynamo doing so well, and many more songs still on their way, the band decided to try songwriting bi-coastally. John purchased some home-recording equipment to take with him to Connecticut, while Heather and Kael moved to Los Angeles, where Robot Repair built a beautiful studio space for Kael to work in. During the next three years, the band sent tracks back and forth online, video chatting, and emailing notes to write two more studio albums, New Medium (2010), and The Matter (2012). The band’s sound had matured by this point into something more powerful and intense. Alternately sparse and epic, harmonic and grinding, pensive and playful, FPF was clearly moving beyond their electro-pop beginnings.

By 2013, FPF’s music seemed to be circulating everywhere, with millions of plays on Spotify, LastFM, Hype Machine, and Pandora, and appearances on everything from ABC’s “Grey’s Anatomy” to MTV’s “The Real World,” NBCSports, and E! Then, just as the band was contemplating a fourth album Kael and Heather discovered that they were expecting a baby. Many fans wondered whether Faded Paper Figures would be able to maintain its songwriting work with so much going on. But very little seems to slow them down. If anything, the music now comes with even greater clarity and brilliance, and as a result, the band is now set to release their fourth studio album in August, 2014, titled “Relics.” This most recent album promises to be their most honest, sophisticated, and ambitious, spanning a vast musical and lyrical spectrum, from epic synth-pop anthems on questions of life and death, to quiet, intense meditations on the passage of time. The band seems to have fully mastered not only their signature sound (electronic beats, gorgeous guitar riffs, and beautiful harmonies), but accelerated full force into a brave new world of sitars, analog synths, and even more intense vocals. Whatever emotions and uncanny dreams those day jobs are creating, it seems to be paying off enormously in their musical lives.