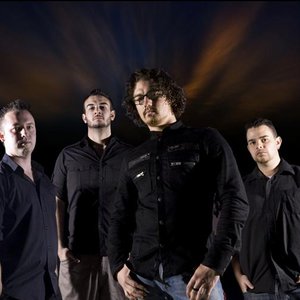 Fading Hour is emerging as one of the most promising young bands to hit the Australian music scene. Their sound is dynamic, distinct and lucid, showing influences by everyone from Incubus, Tool, Dredg and Porcupine Tree to likes of Chevelle, Disturbed and The Deftones. Their music is an amalgamation of genres which can best be described as progressive melodic and heavy rock.

The Melbourne, Victoria four piece originally formed back in 2005, when guitarist Peter and drummer Shannon teamed up with Michael on vocals and Jono on bass. The band spent their first 12 months meticulously writing and refining their sound and in 2006 the lineup changed with the inclusion of Chris on drums. With a new influence on their music, Fading Hour worked hard at pushing new musical boundaries and bringing energy to their renowned live perfomance.

Produced by Warren Hammond (Bushido, Jericco) at Penny Drop AUDIO, the release of 'BEYOND THE VOID' launched the band into limelight. The release of their highly anticipated debut EP immediately received a great reception and has since been featured on Channel 10's nationally aired "Goin' Ballystix Snowboard Show" and 90.7 SYN FM.

In their relatively short time together, Fading Hour have played at top venues including Ruby's Lounge and Evelyn Hotel and have headlined at The Espy's Gershwin Room for a packed EP Launch, The Peninsula Lounge and Ding Dong Lounge. Some bands they have shared the stage with include Birds Of Tokyo, Mammal, Dead Letter Circus and Ink.

Armed with a highly polished EP and a growing legion of fans, 2009 has proven to be a very successful year for FADING HOUR, headlining and performing at festivals including Rock The Bay, Showdown and Unleashed.

The future is also looking bright with new songs being readied for their next release, 2010 should elevate FADING HOUR to a whole new level.