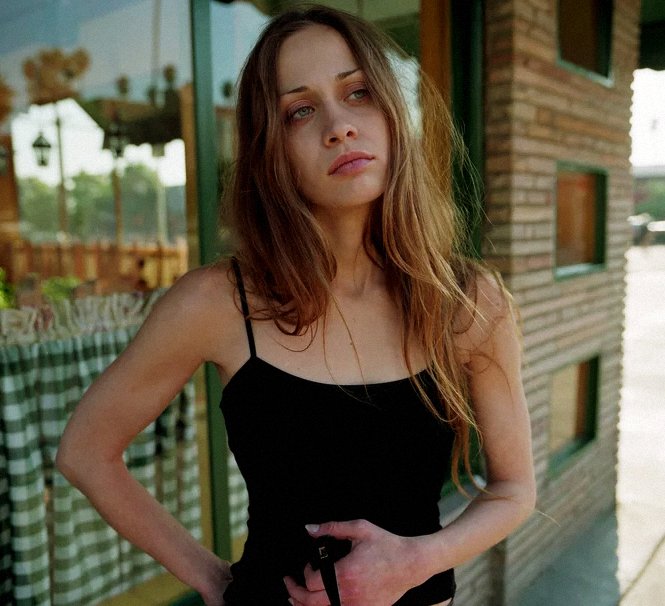 Fiona Apple McAfee Maggart is an American singer, pianist and songwriter. Apple is an eleven-time Grammy Award nominee and three-time winner whose five albums have all reached the top fifteen on the U.S. Billboard 200 chart, stretching from 1997 to 2020. Her albums, Tidal (1996), When the Pawn... (1999), Extraordinary Machine (2005), The Idler Wheel Is Wiser Than the Driver of the Screw and Whipping Cords Will Serve You More Than Ropes Will Ever Do (2012) and Fetch the Bolt Cutters (2020) have sold over five million copies worldwide.

Born in Manhattan, New York, United States, Apple made her break into the music industry when a friend, who babysat for a record executive, handed her employer a demo. Apple's husky voice, nimble piano skills, and mature lyrics got the attention of Sony executive Andy Slater, who signed her to a record deal.

In 1996, Apple's debut album Tidal was released by a subsidiary of Sony. The album went on to sell 3 million copies (certified triple platinum) domestically.

"Criminal," the fourth single from Tidal, became Apple's breakthrough hit. The song garnered a great deal of attention, in part for its suggestive lyrics ("I've been a bad, bad girl…") but also for the controversial music video, directed by Mark Romanek. The video featured a waifish, half-dressed Apple surrounded by the aftermath of a party, including unconscious party-goers. The video received heavy rotation on VH-1 and MTV and gained the singer immediate notoriety. Years later, Apple said, "I wasn't (comfortable). And you can see that in the video. It's not sexy. It's disturbing."

Other singles from Tidal included "Sleep to Dream," "Shadowboxer," "Never is a Promise," and "The First Taste."

In 1998, she contributed two tracks to the Pleasantville soundtrack, "Please Send Me Someone to Love" and a cover of the Beatles hit "Across the Universe".

In 1999, Apple's second album was released with the name "When the Pawn Hits the Conflicts He Thinks Like a King What He Knows Throws the Blows When He Goes to the Fight and He'll Win the Whole Thing 'fore He Enters the Ring There's No Body to Batter When Your Mind Is Your Might so When You Go Solo, You Hold Your Own Hand and Remember That Depth Is the Greatest of Heights and If You Know Where You Stand, Then You Know Where to Land and If You Fall It Won't Matter, Cuz You'll Know That You're Right" but it has just been commonly called "When the Pawn…" This album released the singles "Fast As You Can," "Limp," and "Paper Bag."

A third album, Extraordinary Machine, which was produced by Jon Brion, was submitted to Sony executives in May 2003. Sony was reportedly unenthusiastic about the finished product, and the project was shelved for over two years. In 2004 and 2005, tracks were leaked on the Internet in MP3 format and played on U.S. and international radio; subsequently, MP3s of the entire album, believed produced by Brion (although he later claimed the leaked tracks were "tweaked" beyond his own work), went online. Although a website distributing the album was quickly taken offline via the DMCA copyright law, they soon reached P2P networks and were downloaded by fans.

In August 2005, the album was given a release date for October. Production had been completed by Mike Elizondo (though known for his work with hip-hop artists such as Dr. Dre, he had previously played bass for Apple on Pawn) and co-produced by electronica experimentalist Brian Kehew. Spin Magazine later reported: "Fans erroneously thought that Apple's record label, Epic, had rejected the first version of Extraordinary Machine… in reality, according to Elizondo, Apple was unhappy with the results, and it was her decision to redo the record, not her label's." Two of the eleven previous leaked tracks were relatively unchanged, nine were completely retooled, and one new song was also included. According to Elizondo, "Everything was done from scratch." Upon its release, the album became the highest-charting album of Apple's career (debuting at number seven), and before the end of 2005 had sold more than 300,000 copies in the United States alone.

It was revealed in late 2005 that Sony was initially unhappy with the work, and Apple and Brion sought to rework the album. Sony made caveats on the process, to which Apple balked. After a long period of waiting, she began an attempt to rework the album with close friend Kehew (also a friend and former roommate of Jon Brion). Elizondo was brought back as co-producer to complete the tracks he had begun with Brion and Apple. Despite suggestions that the album had caused a rift between Brion and Apple, they regularly perform together at Largo, a club in Los Angeles, including a joint appearance with Elizondo on bass just before the news broke of an official release. Apple went on a live tour to support the album in late 2005, and from early 2006 supported Coldplay on their tour of North America. The album has yielded four singles: "Parting Gift," "O' Sailor," "Not About Love," and "Get Him Back."

In 2006, a special edition version of "Tim Burton's The Nightmare Before Christmas" was released, with Fiona Apple contributing a version of "Sally's Song."

In January 2010, Fiona Apple and Jon Brion performed together at "Love and Haiti, Too: A Music Benefit", a charity concert for the people hurt by the Haiti Earthquake. Fiona sang a cover of "(S)he's Funny That Way", composed by Neil Moret, lyrics by Richard Whiting, which is often associated with the singer Billie Holiday.

In June 2010, Fiona released a song titled "So Sleepy" produced by Jon Brion written by children involved with the non-profit organization 826LA. The song will be included on a compilation album released by the organization titled Chickens in Love. She also collaborated with Margaret Cho on Cho's album Cho Dependent.

The Every Single Night Songfacts reports that Apple began recording new material for her fourth album The Idler Wheel… in the late 2000s, keeping her sessions secret, even from her label, Epic Records. She opted to produce the album with her touring drummer, Charley Drayton, rather than her longtime collaborator Jon Brion. Executives at Epic only discovered that Apple had recorded an album in early 2012, when she presented it to them. It was released on June 19, 2012 to success, debuting at number three on the Billboard 200. The album sold 72,000 copies in the first week and was nominated for Best Alternative Album at the 2013 Grammy Awards. In 2020, the album was placed at number 213 on the list of the 500 Greatest Albums of All Time by Rolling Stone.