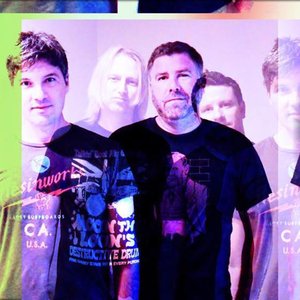 2016 was a landmark year for the Tampa Bay rockers; on the heels of their hit single “Something So Right" landing a spot in the box office hit Deadpool, they released the full length album Waves on September 2nd, 2016 via Vital Records (digital/CD) to receptive press including Tampa Bay Times' Top 10 of 2016 Local Music feature and Floorshime Zipper Boots Top 10 Videos of 2016. “The band’s well-executed mix of catchy hooks, sultry vocals and classic rock instrumentals magically lures you to sing along. is pleasing enough to listen to on repeat, but the chorus is destined to become engrained in your brain.”— Relix

“This isn't bubblegum fiz, but agreeable pop in the most substantial meaning of the term. If you have diehard rock-loving friends who say they hate pop music, and if you have pop-loving friends who think they don't like rock, this is the band for them."Saby Reyes-Kulkarni, music journalist (Pitchfork, Paste, Diffuser, Alarm, etc), host of Feedback Deficiency (WAYO-FM)

Four Star Riot has opened for national acts like Bon Jovi, Maroon 5, Train, Lit, Jimmy Eat World, among many others. In 2016 they supported, Living Colour, Eve6, Rusted Root and more. The band’s songs have been featured in television and film, including ESPN, MTV, and the record-breaking film Deadpool in 2016.

In past years, they have performed at SXSW, 97X Next Big Thing, 98Rock Livestock, WMNF Heatwave, FMF, and other festivals. The group has also garnered multiple awards and kudos from the hometown press, and national ink in outlets like Music Connection and Relix.