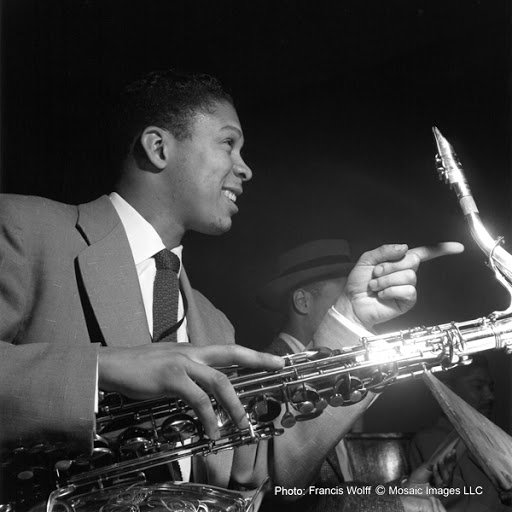 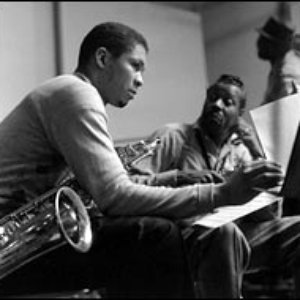 Frank Foster (September 23, 1928 – July 26, 2011) was an American tenor and soprano saxophonist, flautist, arranger, and composer. Foster collaborated frequently with Count Basie and worked as a bandleader from the early 1950s.

Foster was born in Cincinnati, Ohio, and educated at Wilberforce University. In 1949, he moved to Detroit, Michigan, where he joined the local jazz scene, playing with musicians such as Wardell Gray. Drafted into the US Army in 1951, Foster served in Korea with the 7th Infantry Division. Upon finishing his military service in 1953 he joined Count Basie's big band. Foster contributed both arrangements and original compositions to Count Basie’s band including the standard “Shiny Stockings”, and other popular songs such as “Down for the Count”, “Blues Backstage”, “Back to the Apple”, “Discommotion”, and “Blues in Hoss Flat”, as well as arrangements for the entire Easin’ It album.

From 1970 to 1972 (and on occasional later dates) he played with Elvin Jones, and in 1972 and 1975 with the Thad Jones–Mel Lewis big band. Foster was an Artist in Residence at the New England Conservatory of Music in Boston in 1971. That same year, he also started teaching for the New York City Public School System in District 5, Harlem, as part of a team of six professional musicians assigned to the Federal Government’s Title I Program: Cultural Enrichment Through Music, Dance, and Song. From 1972 to 1976, Foster was full-time Assistant Professor in the Black Studies Program at the State University of New York at Buffalo (SUNY).

Foster also formed and lead several groups, most notably Living Color and The Loud Minority. He co-led a quintet with Frank Wess in 1983, and toured Europe as a member of Jimmy Smith's quintet in 1985.

After leaving the band in 1995, Foster resumed his leadership of three musical groups: The Non-Electric Company (a jazz quartet/quintet), Swing Plus (a 12-piece band), and The Loud Minority Big Band (an 18-piece concert jazz orchestra), each of which he had organized years prior to assuming leadership of the Basie unit in 1986.

Frank Foster suffered a stroke in 2001 that impaired his left side to the extent that he could no longer play the saxophone. After continuing to lead the Loud Minority on limited engagements for much of the 2000s, he turned his leadership responsibilities for the band over to Cecil Bridgewater, a prominent New York City jazz musician. Until his death Foster continued composing and arranging at his home in Chesapeake, Virginia, where he resided with his wife and personal manager of nearly 45 years, Cecilia Foster.

Foster received two Grammy Awards: the first, for his big band arrangement of the Diane Schuur composition “Deedles’ Blues“ (Best Arrangement Accompanying a Vocal, 1987), and the second for his arrangement of guitarist/vocalist George Benson’s composition “Basie’s Bag” (Best Instrumental Arrangement, Jazz Category, 1988). He also received two Grammy nominations: for his big band arrangement of Charles Trenet’s composition "Beyond the Sea", and for an album with his fellow Basie alumnus Frank Wess entitled Frankly Speaking.
He composed and orchestrated material for The Carnegie Hall Jazz Ensemble, The Detroit Civic Symphony Orchestra, The Ithaca College Jazz Ensemble, The Jazzmobile Corporation of New York City, the Lincoln Center Jazz Orchestra, The Malaysia Symphony Orchestra, The Metropole Orchestra of Hilversum, the Netherlands, and The Thad Jones/Mel Lewis Orchestra. In 1983 Dizzy Gillespie personally commissioned Frank Foster to orchestrate one of the jazz icon’s compositions, “Con Alma”, for a scheduled performance and recording with The London Philharmonic Orchestra directed by Robert Farnon.
In 1987, he was awarded an honorary doctorate by Central State University in Wilberforce.
In 2002, the National Endowment for the Arts presented Foster with its NEA Jazz Masters Award, the highest honor in jazz.
Foster was commissioned by The Harpers Ferry Historical Association of West Virginia to compose a jazz suite of ten to fifteen minutes' duration in connection with the Niagara Movement, relating to John Brown’s famous raid on Harpers Ferry. The suite was performed by the Count Basie Orchestra at Harpers Ferry as part of the three-day Niagara Movement celebration in August 2006.
Jazz at Lincoln Center commissioned Foster to compose and arrange music for the Lincoln Center Jazz Orchestra, directed by Wynton Marsalis, for performances on March 13-15, 2008, with "A Man and a Woman" as the theme. Foster wrote the words, music, and orchestrations for "I Love You (Based on Your Availability)" and "Romance Without Substance Is a Nuisance", both performed by vocalists Dennis Rowland and Marlena Shaw.
On March 20, 2009, the Chicago Jazz Ensemble, directed by Jon Faddis, performed a three-part suite by Foster titled "Chi-Town Is My Town and My Town’s No Shy Town" at the Harris Theater in Chicago.
In 2009, Foster selected The Jazz Archive at Duke University to be the home for his numerous compositions, arrangements, and personal papers.

Frank Foster became a great supporter of The Jazz Foundation of America in their mission to save the homes and the lives of America's elderly jazz and blues musicians including musicians who survived Hurricane Katrina. After receiving help from the Jazz Foundation, he supported the cause by performing in their Annual Benefit Concert "A Great Night in Harlem" in 2008. He donated his gold-plated tenor sax to be auctioned by the Jazz Foundation of America, the proceeds of which went to support the foundation's non-profit programs, especially working gigs and educational programs for victims of hurricane Katrina in New Orleans and the Gulf Coast.