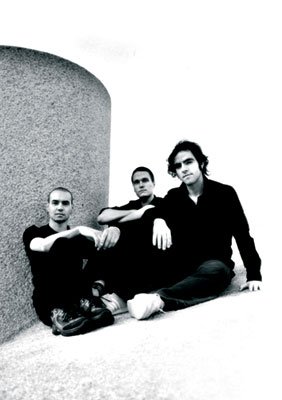 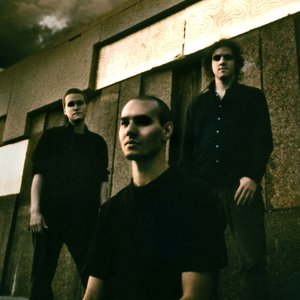 Frantic Bleep is a progressive metal band from Norway. They have created a sound that has been described as original and distinctive while mixing many of their influences. Their music combines strong melodies with the heaviness of metal.

Frantic Bleep was founded in November 2001 in Kongsvinger, Norway. The original instrumentation was Patrick Scantlebury playing guitars and synthesizers, Eywin Sundstrom on guitars and Karl Arthur Renstrøm on the drums. In November 2002, they released four songs for their first and only demo CD called Fluctuadmission. During the recording, Paul Mozart Bjørke joined the group as a studio member on vocals and bass.

Although a debut demo, it generated much excitement by both press and fans alike. It also caught label attention quickly and the band received quite a few offers and decided to sign worldwide with The End Records in the summer of 2003.

Karl Arthur Renstrøm was replaced by Sten Erik Svendheim in July 2003. The band began recording their debut album, The Sense Apparatus in October of 2003. The recording proved to be a major project, taking an entire year to complete. The Sense Apparatus features 41 minutes of what has been described as dramatic and massive music. The album was produced by Patrick Scantlebury with artwork by Christian Ruud. The album also features Kjetil Foseid, Daniel Solheim and Agnete M. Kirkevaag (Madder Mortem) performing various vocal duties. In 2004/2005, Lars Gunnar Morastseter and Trond Sand, both previous from the Norwegian death metal band The Laughing Man joined the band. Writing and rehearsals for the follow-up started and the band played their first, and so far only, live gig, in their hometown Kongsvinger during the month of August 2005.

As of 2009, the album was announced as being in progress, and had a tentative release date of 2009, but as of June 2012, there has been no updates from the band.