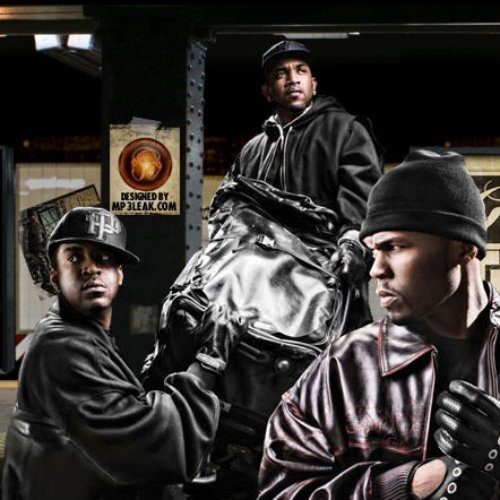 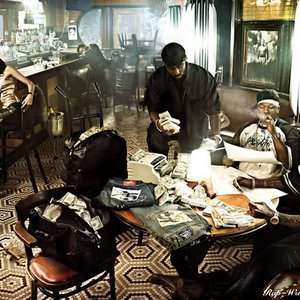 G-Unit, an abbreviation for Guerrilla Unit, is a rap group founded by 50 Cent. The group first garnered a following in the underground New York scene by independently releasing several mixtapes. The group's founder, Queens-based rapper 50 Cent, officially brought the group mainstream success by establishing it as a division at Interscope Records. Since signing to the label, G-Unit's members have released solo albums.

G-Unit was founded shortly after 50 Cent left Columbia Records. The original members were: 50 Cent, Bang Em Smurf, Domination, Lloyd Banks, Sha Money XL & Tony Yayo. These rappers collectively established the group as a whole in 2000; however, after Yayo got a prison sentence 50 Cent signed Young Buck and along with himself and Banks became the three faces of G-Unit. Smurf and Domination left the group due to some problems with the General, 50 Cent.

After being shot, 50 Cent signed to Interscope Records. Due to the success of his commercial debut album, Get Rich or Die Tryin', he was granted his own record label. This was when 50 and Sha Money XL founded G-Unit Records.

The group continued to work hard and released several mixtape series which earned them a lot of attention in the rap industry. The most prominent of these being 50 Cent Is the Future, God's Plan, No Mercy, No Fear and Automatic Gunfire. G-Unit have also started a mixtape series with their DJ, DJ Whoo Kid, called G-Unit Radio.

These mixtapes gave them a gigantic buzz throughout New York City, which eventually led to 50's first solo album Get Rich or Die Tryin' selling over 12 million copies.

Before the group had a chance to record its debut album, Tony Yayo was sentenced to prison for a gun-possession charge as well as bail-jumping. During Tony Yayo's prison sentence, the group signed Nashville rapper, Young Buck. They continued their activity, working on yet more mixtape recordings. In particular, their 'G-Unit Remix' to 50 Cent's "P.I.M.P." was successful.

During Tony Yayo's prison sentence, G-Unit recorded their debut album, Beg for Mercy. The album was quickly released on November 14, 2003 to combat bootlegging and had significant commercial success. Tony Yayo made only two appearances on the album, both on songs that were recorded before his arrest. The album peaked at #2 on the Billboard charts and sold over 4 million units.

50 Cent later went on to sign The Game, Mobb Deep, M.O.P., Olivia, Spider Loc andMase. The Game was asked to be put in the group by Dr. Dre and Jimmy Iovine. 50 Cent agreed, and gave 7 of his records which was supposed to go on his second LP The Massacre. After The Game went on the radio and said that he had no problems with some rappers 50 Cent had issues with, 50 felt that Game was disloyal and kicked him out of the group, which lead to the infamous G-Unit vs. The Game/Black Wallstreet meet and beat off.