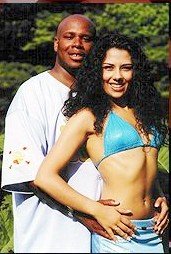 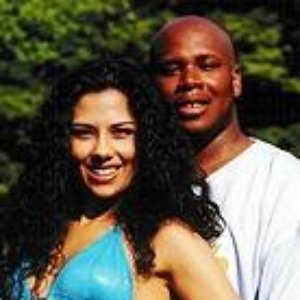 There is more than one artist with this name:
1. A German Euro-Reggae Band.
2. A Dutch rock band from Utrecht.
3. An American hiphop artist from Miami.

1- Garcia is an Euro-Reggae project that was created by Alex Christensen in 1996.
The first single "Vamonos" featured the voice of Daisy Dee. The tune was composed by Carlos Canzini, Pedro Carrera, Francesco Martinez and Angelo Valdez.
The follow up singles, "Bamboleo", "La Vida Bonita" and "Kalimba De Luna" featured Ron D and Raquel Gomez.
Rod D was later replaced by a new rapper called Rob Money, while 2 vocalists called Daniela and Eve had taken the place of Raquel.
In 2000 Garcia released the single "Imagine".

2- The definitive formation of Dutch rock band Garcia took place in 2005 and now
consists of members Ed (vocals, microkorg), Narco (guitars, electronics), Hanno (bbbasss) and Sureel (drums). Their latest recording contains several live favourites and a couple of new songs as well and shows their progression from a helmet/qotsa influenced rock band towards a more diverse sound. From catchy pop songs to 12 minute psychedelia and everything in between.

3- To read Miami native Garcia's musical resume, you would think hes had a major label deal for years. His 2004 debut album Anti-Social was voted one of the best to come out of Miami by the Miami New Times, he has shared stages with the likes of Outkast, DMX, Busta Rhymes, Sean Paul, Mobb Deep and Capone-N-Noriega, toured in New York, Atlanta, Orlando and Tampa as well as his Miami hometown and done album guest features too numerous to mention. Garcia has even directed a couple of music videos, one of which was nominated for an award. In fact, were it not for his current title of most played unsigned MC on Miami radio, you would think that the recording industrys current lust for Latin hip-hop would have all but sealed the fate of this Cuban powerhouse.

With influences like Public Enemy, Nas, NWA and many dancehall artists to set his sites by, Garcia began rapping at the age of 14, mostly as a joke and to get girls, he remembers. By the age of 16 he had already had his first single pressed up and manufactured. When he found that his teen years were headed down the all-too-familiar road of legal entanglements, Garcia began to throw himself into music and turn those experiences into a grimy, no-holds- barred lyrical assault. His determination paid off and the video to his debut 12 single None of Dem was aired on Mun2s show The Roof and made it to their top 5 countdown.

Garcia's buzz as a hungry, unstoppable MC convinced Miami's Mixtape King DJ EFN (Crazy Hood Productions) to take him under his wing and it was this partnership that produced the much-acclaimed Anti-Social. Garcia certainly seems destined for the right deal he is shopping for. In 2005 alone, Garcia was featured in Urb Magazines Next 100, and was crowned Miami's Best Local Rapper/Hip-Hop Group by the Miami New Times weekly newspaper. Even MTV has slated him as the next one to watch coming out of Miami - being the only unsigned artist to get featured on their "My Block - Miami" episode. He was even featured on the TLC TV show "Miami Ink" and UPN in South Florida tapped Garcia to be the face and voice of their urban marketing. This game is 90% business and 10% talent. He tells us. I have all the talent in the world. I just need to get my business on point at this stage. Artists such as Pitbull and Jacki-O have brought the national spotlight to the Miami region recently, and with critical attributes from local and national media such as thoughtful, uncompromising and complex and noteworthy, Garcia is sure to soak up his share of that shine. Garcia EPK