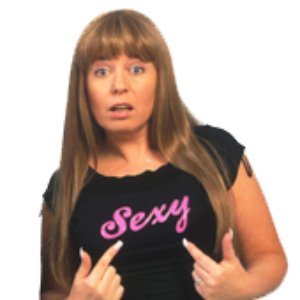 Gina Riley (born 6 May 1961 in Melbourne, Victoria, Australia) is an Australian actor, writer, singer and comedian.

Riley became a popular television performer in the sketch shows Fast Forward, its successor Full Frontal, Big Girl's Blouse and Something Stupid. In the latter she was also a producer and writer. She later appeared in The Games, a spoof behind-the-scenes look at the organizing committee of the Sydney Olympics.

In contrast to the rest of her cast (such as Glenn Robbins, Peter Rowsthorne and Magda Szubanski), Riley makes relatively few public appearances as herself. Most of the time, she appears, in character, as Kim, with Jane Turner. One notable exception was on Enough Rope with Andrew Denton, where she and Turner both appeared, as themselves.

Riley has also had some roles in musical theatre. One notable role was as the baker's wife in a 1997 Australian production of Into the Woods. She also appeared on stage as Janet in The New Rocky Horror Show; she is included on the cast album. She recently announced that she will play the part of Matron "Mama" Morton in an upcoming adaptation of Chicago. see here

She is married to Kath & Kim Executive producer, Rick McKenna and had daughter, Maggie in 1996. She used to own a Rottweiler, but gave it up for adoption after Maggie was born. The family pet is now a Schnoodle called Rosie-Rose.