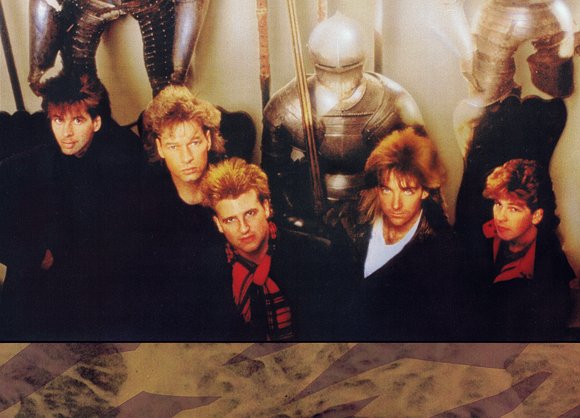 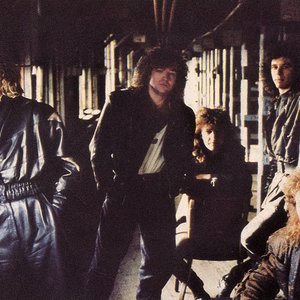 Glass Tiger's debut album The Thin Red Line (1986) produced two hit international singles, "Don't Forget Me (When I'm Gone)" and "Someday," , and featured additional singles "I Will Be There and domestic single "You're What I Look For". The album set a record for being the fastest selling debut recording in Canadian history, going gold within weeks of its release. To date, this album has received four Platinum records in Canada and went Gold in the United States.

Simple Mission, their third album, was not formally released in the USA, but it went Platinum in Canada and featured the singles "Animal Heart", and the Celtic duet "My Town" with Rod Stewart. "My Town" was also featured on a special 'Back-To-Back' series compilation in the early 90's and sold through EMI-Capitol's Special Market's division.

Several of Glass Tiger's songs were co-written and produced by Bryan Adams' collaborator, Jim Vallance. In fact, Adams makes a cameo in their top single "Don't Forget Me (When I'm Gone)". The band won three Juno Awards in 1986 and two more in 1987. They were also nominated for a Grammy Award in 1987. In late 1988, Chris McNeill (drums), a sought after session drummer joined the band, and the foursome have been touring and playing ever since.

Glass Tiger released a special DVD 'No Turning Back' in 2005, which is a special commemorative 20th Anniversary DVD collection featuring their many videos and a couple of new songs, "No Turning Back" and "Give It Away". It also features footage of the band touring in Europe supporting Tina Turner in 1987 and in Ireland performing with The Chieftains.

On June 23, 2005, Glass Tiger appeared on the NBC show Hit Me, Baby, One More Time, performing their classic hit "Don't Forget Me (When I'm Gone)" and covering "Everything You Want" by Vertical Horizon. Although they lost the audience voting to Thelma Houston, Glass Tiger were judged the winners by online voters.

In early 2006 Glass Tiger released their first live CD, GT Live which was recorded in 2005 at the Phoenix Concert Theatre in Toronto. The band is currently working on a special TV production and is very active touring and performing, with over 50 shows a year. In 2008 lead singer Alan Frew published "The Action Sandwich", lessons from a tour bus, with his perspective and insight into the trials and tribulations of life in a rock band on the road. The band did a special support trip to visit the Canadian troops in Afghanistan in March, 2009, accompanied by many of the NHL's hockey legends.