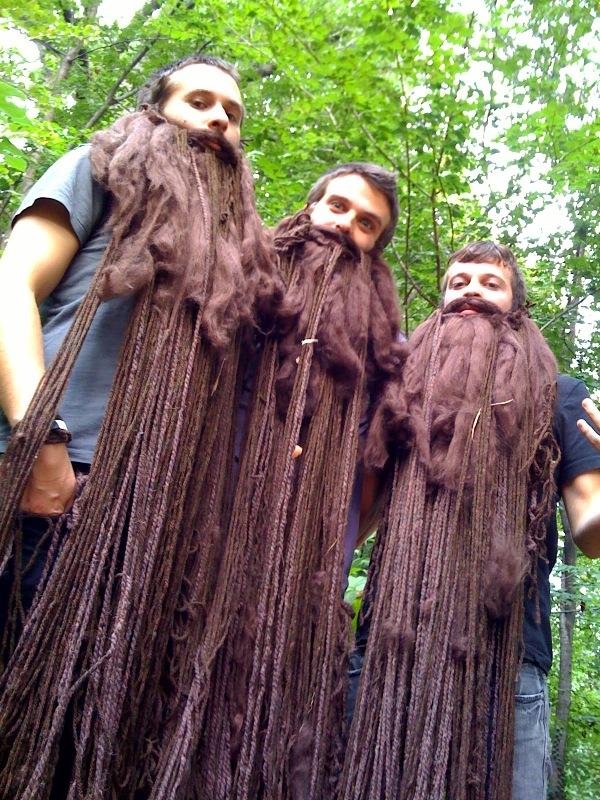 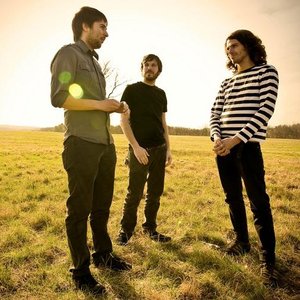 The second self-titled album by Good Old War is at its lush heart, an album of immense growth. A natural evolution from the band's debut Only Way to Be Alone (Sargent House), Good Old War radiates with warmth and vulnerability, both qualities undoubtedly cultivated by the band's hands-on self-production, and the environment of solitude in which the album was created.

Holed up in a remote house in the Pocono Mountains through the white winter month of February 2009, Keith Goodwin (vocalist/guitarist), Dan Schwartz (vocalist/guitarist), and Tim Arnold (vocalist/drummer) coalesced into a dynamic harmonious unit, using their time in complete isolation to explore new approaches to their music-making process: they learned new instruments; they wrote about subjects like love, loss, and addiction; they explored musical conventions far outside indie-rock/folk territory. Good Old War's sophomore album doesn't just maintain the intricate vocal harmonies, infectious sing-along melodies, and pop-song writing foundation of Only Way To Be Alone, it expands them. The results are a collection of songs that could translate from a living room to an arena without losing their heartbeat.

"Individually, Keith and I wrote some of the best songs we ever wrote," explains vocalist/guitarist Dan Schwartz. "And, Tim completely murdered his drum tracks - all with only brushes! Collectively, we became a very tight group. We talked about everything: the words, the rhythms, the notes, which microphone to use. We learned from each other and got more confident in our songwriting and on our instruments together." Unlike their debut, which was extensively pre-planned and rehearsed, Good Old War was created from scratch in the studio. Rather than recording live as they did on Only Way To Be Alone, the album was recorded track by track, allowing the musicians to discover intricacies in each other's work.

Goodwin took on the bulk of the engineering, showing impressive talent at the mixing board and embracing the freedom of self-producing. "We wanted to make a record unlike any other. It was exciting to rely on and nurture our own production skills, which was a new experience for all of us. Because the core of our sound is about simple elements: guitar, vocal harmonies, and percussion, the production is simple and organic” he notes. "We discovered we had the ability to be largely self-reliant in the making of a record. I love that we can record whatever we want, whenever we want." With Goodwin steering the direction of the recording process, Good Old War is an album made with great conscientiousness to live performance; all arrangement on the record can be performed live and there are no guests on the album. The Final mix was provided by Jason Cupp

Good Old War's songwriting process has spontaneity, intuition and collectivity at its roots. The band first toured with Anthony Green in December 2007 (in lieu of Days Away which had recently dissolved). All of the songs that made their way onto the bands debut Only Way To Be Alone were written in a van on the way to those shows. Amidst the process of writing and touring, an innate musical kinship developed between Good Old War & Green; by the end of the tour the band was following their own set with a complete performance as Green's backing band. Months later Good Old War appeared on Avalon, Anthony Green's debut.

Only a month after officially choosing a name, Sargent House signed Good Old War and the band recorded the songs they had written on the road with Rick Parker and Jason Cupp. In May 2008, Sargent House announced a national tour during which the band would play a set of their own followed by a second set with Green yet again. The tour ended with a performance on Last Call with Carson Daly and the band released their debut album, Only Way to be Alone, which helped garner a loyal fanbase and overwhelmingly positive response from the press. Upon the album’s release, the single “Coney Island” began gaining attention at Triple A radio, while the video won MTVU’s “The Freshman” award and maintained heavy rotation for over three months.

Throughout 2009, Good Old War found themselves in a whirlwind of touring including dates with The Gaslight Anthem, The Heartless Bastards, Rx Bandits, and The Honorary Title. Towards the end of the year, Good Old War were seemingly everywhere; they sang "God Bless America" at a hometown Phillies game, played a multitude of radio events including WXPN’s XPoNential Fest, headlined their first tour (while also playing as the band for Cast Spells' Dave Davison), released a split EP (with Cast Spells), and jetted over to the west coast for a set of holiday shows with Anthony Green, continuing their long standing double-set tradition.

After two years of existence, Good Old War is gearing up for the release of their self-titled highly anticipated follow-up with lyrical topics ranging from love and loss to living life and everything in between. The album urges listeners to be aware of their own mortality by spending their days doing what they love; after all, it's a product of Good Old War doing just that.