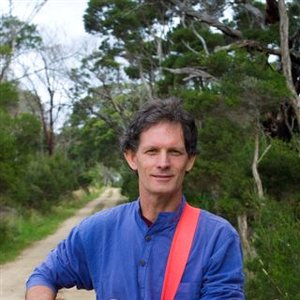 Champs has probably crossed your radar through his shows around Australia at rural Community Halls, Sports Clubs, corporate gigs and folk and country music festivals as a musician, comedian or compere.

Greg drifted into radio in 1983 on a fledgling public radio program, The Coodabeen Champions. He's now been a member of the institutional Coodabeens on ABC radio for twenty-seven years, developing and sharing his particular brand of Aussie songs along the way.

It was 1985 when Macca of ABC's Australia All Over started flogging Greg's I Made a Hundred in the Backyard At Mum's. Since then Champs has become known for songs like Cricket's On The Radio, May Your Fridge Be Full Of Coldies, Still Haven't Been on Burke's Backyard, That's The Thing About Football, Sensitive New Age Guys From the Bush, his Aussie Christmas CDs with Colin Buchanan and a collaboration with Jim Haynes & Ted Egan on Don't Call Wagga Wagga Wagga.

Greg Champion has followed his own path through the Australian musical landscape, and in the process he's released eighteen albums reflecting his distinctive take on the way we live.

He's produced a uniquely Australian body of work and it's been said of Greg, that he's contributed to the fabric of Australian culture.